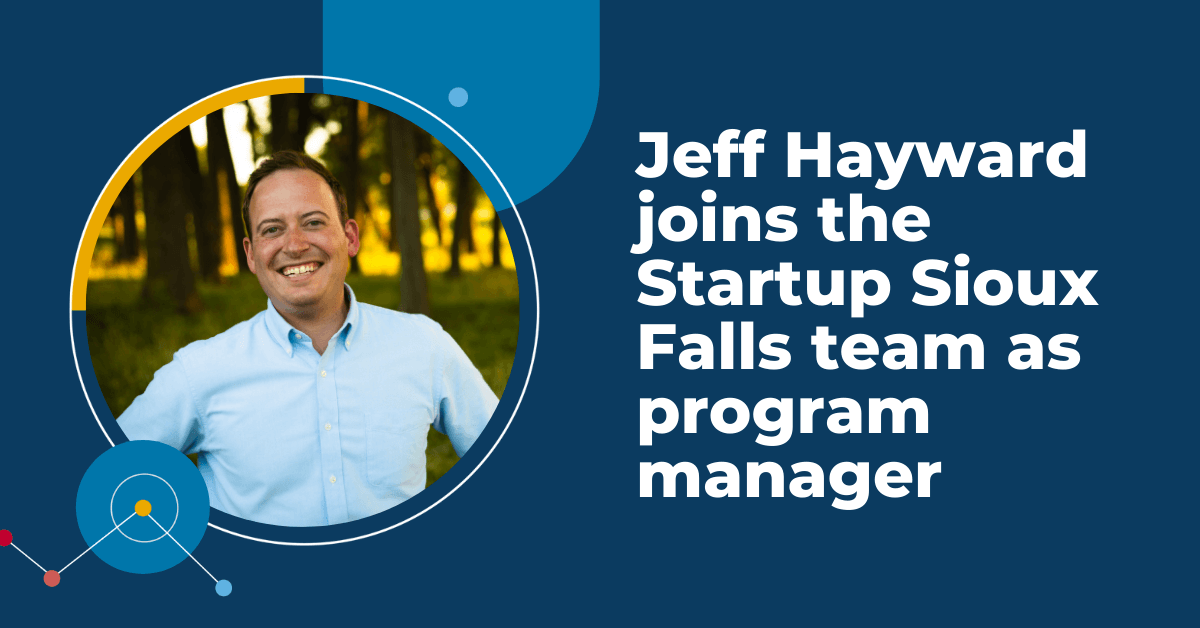 The position opened up as part of the SBA Community Navigators grant that Startup Sioux Falls was awarded, and its responsibilities are centered around facilitating that project which seeks to reach underserved populations through the CO.STARTERS curriculum and providing more access to resources more broadly.

“We are thrilled to add Jeff's extensive knowledge of government-awarded program management along with his entrepreneurial spirit to our team,” said executive director Brienne Maner. “We have no doubt he's the right person to help provide additional resources to underserved entrepreneurs through this opportunity provided by the SBA Community Navigators Pilot Program.”

Keep reading to learn more about Hayward, in his own words.

Tell us a little about your background and how you got here.

I'm from Pierre originally, but I’ve lived all over the state. I went to school at USD, moved to Sioux Falls in 2005, and in 2008, I started a career in Rapid City with Job Corps, a workforce development program through the U.S. Department of Labor. The bulk of my career has been in the Job Corps program, a lot of which is contract-based, so the majority of my career has been in government contracts and operations.

My wife and I moved back to Sioux Falls in 2015, and in that 10-year span that I was gone, there’s been explosive growth. Sioux Falls has always been a growing city, but where I really noticed it was the downtown area. It's just amazing to see. It felt like there had been a lot of long-term developments by city leaders and business leaders to improve the overall city culture. 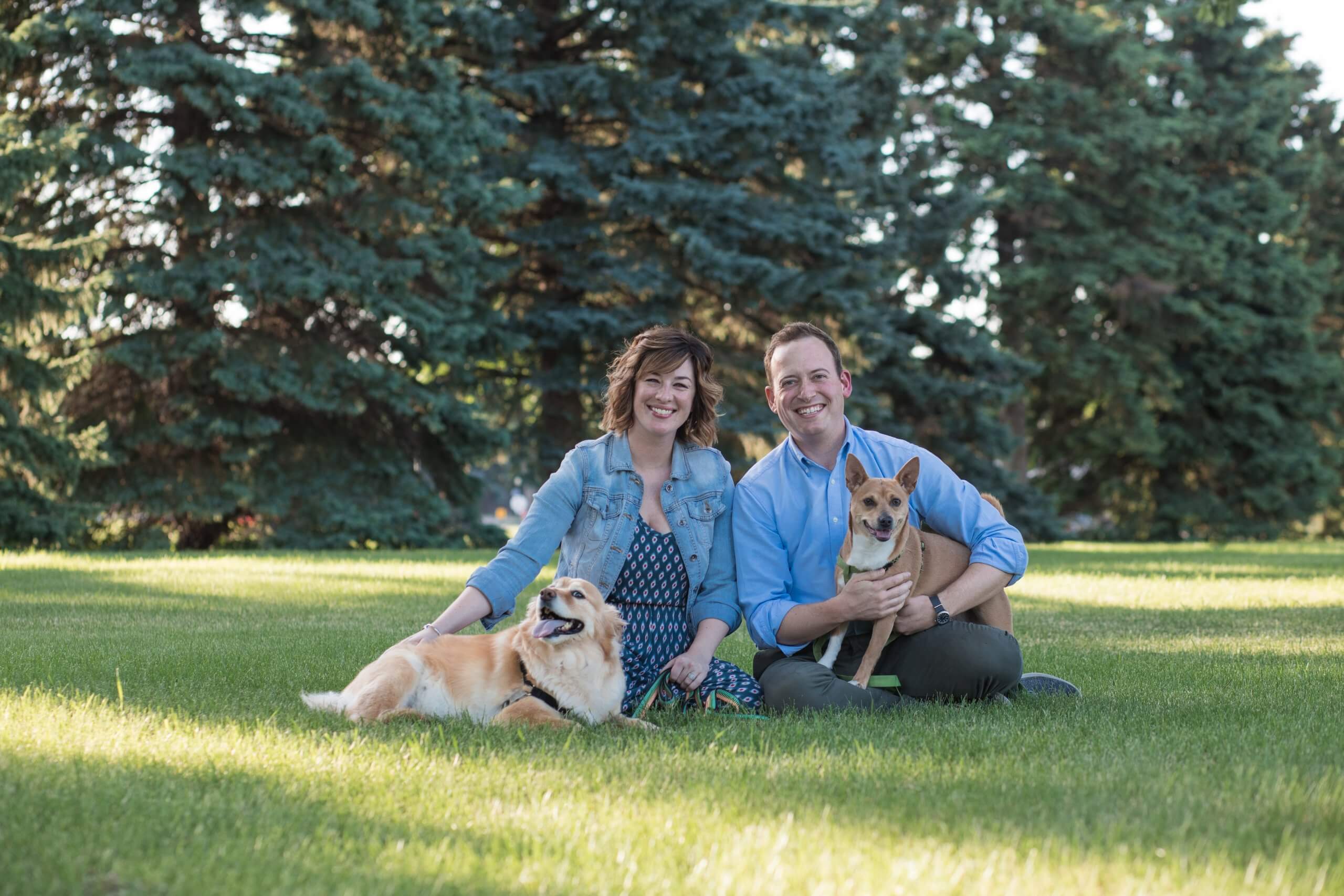 You and your wife previously ran two businesses of your own. Where did that entrepreneurial spirit come from?

Our first business was an IKEA pickup and delivery service, and it was always kind of a balancing act because there was a certain amount of money spent [by the customer] where it didn't make sense, and IKEA has since changed their shipping policy, too. Our second business, Sodak Supply Co, was a t-shirt company, and I’m still trying to figure out what we could do with that. 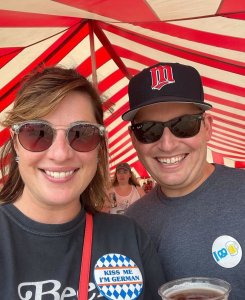 I think a big part of it was having family and friends who were running side hustles, and it gave us the idea that it’s not unapproachable. Also, if I get interested in some new hobby or business, I get really nerdy about that thing for a while. Starting those businesses was really energizing because I had to learn how to do digital marketing or Facebook advertising — all of these things that I had no formal training in, but it was an opportunity to learn.

What drew you to apply for this role with Startup Sioux Falls?

The whole idea of the organization and its mission caught my eye and has interested me for years, and it’s also exciting to see that it's grown considerably over a very short period of time. One of my colleagues, Peter, mentioned in one of our interviews that he thinks of Startup Sioux Falls as a startup itself. As soon as he said that, I really latched onto the idea because it just makes sense in my mind. So it was about seeing the culture there, going through those interviews and seeing the position description, but it's also because it was a government-awarded grant, and I have the perspective of government contract work. It’s just shifting from a workforce development mindset to economic development.

What sort of unique perspective do you think you're bringing to the team?

My career thus far has really focused on underserved populations. Job Corps focuses on providing job training, career skills and social skills to low-income youth, so that's been a passion for a long time. Empowering individuals to be more is kind of a personal mission statement for me.

What are you most excited to take on?

I'm most excited about the CO.STARTERS program in general. The idea of being involved in an accelerator program is very appealing to me, and that kind of leads right into the Community Navigator grant which is providing that CO.STARTERS program to underserved populations.

What do you appreciate about the startup community in Sioux Falls?

It feels pretty unique. I think of Sioux Falls and Startup Sioux Falls as being pretty innovative, at least for our geographic area, and I find that exciting. I think there's a hunger that is developing in our community. There seems to be a growing interest in individuals starting their own businesses or wanting to learn more about that space.

Something we’ve talked about with success, as far as the accelerator program goes, is that it's definitely somebody launching their company and growing it, but success is also somebody realizing they shouldn’t go into debt for an idea, realizing they need to shift or try something different.

Overall, I feel like I'm getting in at a really great time in this organization. There’s been some recent changes, some growth, a refocusing on the mission, and the move to downtown is terribly exciting. I’m blessed and honored to be here, and I’m just excited for where we’ll go in the next two years.

Do you have a favorite small business that you want to give a shoutout?

It’s always Bread and Circus for me. I just think that Barry and Jordan have made a place that’s not just a restaurant, but it’s a place where the community can gather. That’s how I’ve felt about them since they’ve opened.

Learn more about the Community Navigators grant program on our website. You can reach out to Jeff with any questions about the program (or just to say hello!) at [email protected].