The 504 program provides fixed asset financing to cover hard costs such as land, buildings, or equipment. Because fixed assets act as collateral, 504 loans are able to maintain low interest rates, currently around 3.5 percent.

Rates trend with the economy and aren’t locked in until the loan closes. Typically, they stay well below the bank rate, but it’s important to keep that fluctuation in mind. Additionally, the program offers fixed rates for 10, 20, or 25 year terms.

Through the SDDC, the 504 program fills a financial need for projects that aren’t bankable.

“We make deals happen in spite of that,” said Jennifer Oberg, SDDC president and CEO. “Lots of times people that end up using our program would have been turned down by a bank.” 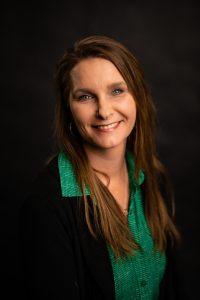 Ultimately, job creation is the primary goal of the projects the SDDC works on.

“All of our projects are tied to economic or community development, and we always work with local vendors,” said Oberg. “It’s really a collaborative effort.”

How are 504 loans structured?

504 loans have a unique 50-40-10 structure which makes them favorable for borrowers.

50 percent of each loan is financed by a regulated lender who receives a first mortgage position on all project collateral. The next 40 percent comes from a dedicated pool of buyers on the secondary market, guaranteed by the SBA with a subordinated collateral position.

“If it’s a new business with no experience, the SBA will safeguard and add an extra five percent, so instead of a 50-40-10 structure, it would be 50-35-15,” Oberg said. “The only other time the SBA would increase the borrower’s equity contribution would be if it was for a single-use facility that can’t easily be converted, like a hotel or a bowling alley.”

Still, the maximum contribution on the borrower’s part would be 20 percent. According to Oberg, traditional bank loans are usually structured with 70 percent of the loan financed by the bank and 30 percent by the borrower.

Eligible businesses can apply for 504 loans of anywhere from $100,000 to $5.5 million through the SDDC, but Oberg reiterates that these are strictly for hard costs like property or equipment. Additionally, the 504 loans are only available to for-profit businesses including retail operations and some franchises.

Low interest rates are a primary benefit of the 504 loans, which typically sit around 3.5 percent. Banks, on the other hand, typically range between five and six percent, in addition to offering shorter terms.

“On a building loan, for example, we have a 25-year fixed rate, where banks are normally around 18 years,” Oberg said.

Why work with the South Dakota Development Corporation?

Because of the way the 504 program is structured, borrowers must work with a certified development corporation, such as the SDDC, to attain one of these loans.

“The SBA doesn’t actually do their own loans,” explained Oberg. “They offer education about their programs, but you have to go through a certified development corporation to actually get the loan.”

In addition to the SDDC, there are three other certified development corporations in the state of South Dakota. However, the SDDC is the only one that focuses strictly on South Dakota borrowers.

The premise of the program is economic development with the primary goal of job creation. The SDDC was formed back in 1983 by Governor Bill Janklow, in collaboration with the private sector. Governor Janklow appreciated the potential of the 504 program for both businesses and lenders, and he felt the program was underutilized in the state.

“There’s a big misconception that because it’s a federal program or because it’s tied to the SBA, that it’s too complex,” Oberg said. “But this has been in place for a long time because there’s a reason for it, and it fills a need.”

In order to process the loan, Oberg requires a business plan and projections from the borrower. When borrowers are referred to the SDDC, she typically suggests they meet with an organization like SCORE or the Small Business Development Center (SBDC) who can assist in creating those documents.

Conveniently, all three resources—the SDDC, SCORE, and the SBDC—office out of the Zeal Center for Entrepreneurship.

If your business is ineligible for a 504 loan or simply isn’t a good fit, Oberg says her team will work to help you find the right fit—whether that’s a small loan from an economic development organization or partnering with a reputable, local lender.

“We always want to see if there’s someone else they can talk to if we’re not the right fit,” she said. “We work together to make people successful.”