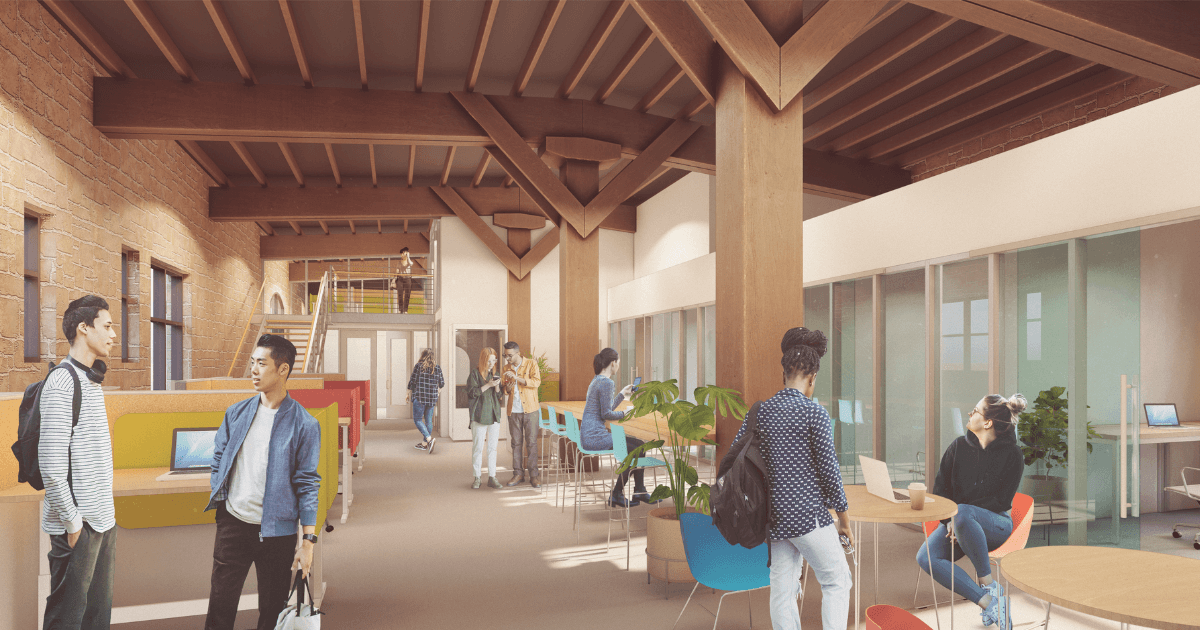 After Startup Sioux Falls announced the launch of its Founders Club at the annual Founders Day celebration on March 2, interest has swelled, with close to half of the available memberships already spoken for.

The Founders Club was designed for individuals who are looking to get in on the ground floor of the community Startup Sioux Falls is creating through their future downtown location. By joining now, Founding Members are reserving their membership in advance, as well as gaining access to exclusive founding members-only perks.

“The Founders Club is an opportunity for folks to raise their hands and say that they want to be part of this entrepreneurial community before the space actually opens, so that when it does, we have that energy and vibe in the building from day one,” said Peter Hauck, Startup Sioux Falls’ community manager.

The team at Startup Sioux Falls is committed to creating a community that is welcoming to everyone, and that begins with the Founders Club.

“Most coworking spaces around the country will charge you something like $300 a month to be able to use their space, and they’ll get 30 members and be happy with that,” explained Hauck.

“That model runs against what we're trying to do as an organization and the community building goal that we have. We decided to put together a membership that was affordable and accessible to the entrepreneurs that we serve.” 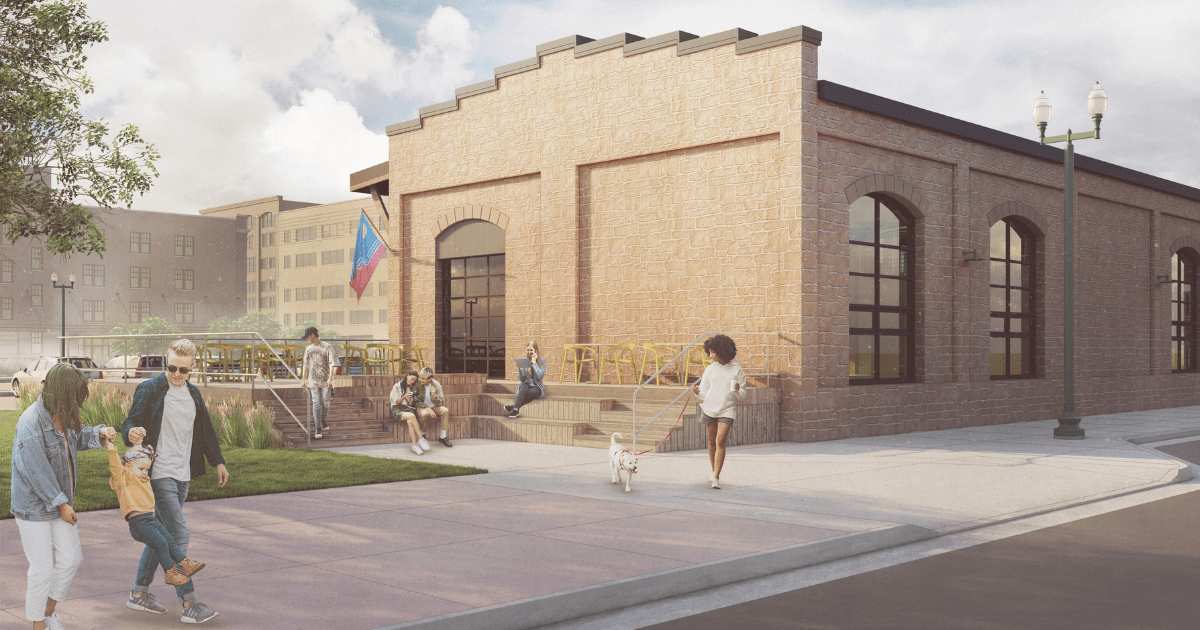 To join as a Founding Member costs $200, and that investment functions as a downpayment toward a membership once the space opens. Depending on the membership level one chooses, it could cover over four months of membership. In addition to that benefit, Founding Members get insider access and early updates on the progress of the space, as well as a headstart on community building through a members-only Slack channel, Founders Club meetings and special events.

Additionally, there is a Founder Funder opportunity for individuals or organizations who would like to sponsor memberships for entrepreneurs with demonstrated financial need—including nonprofit founders, economically disadvantaged founders and pre-revenue startups. This setup allows the membership to be even more accessible and break down barriers in the entrepreneurial ecosystem.

These are perks and opportunities that have already attracted a diverse group of folks to join the club and begin making connections. From entrepreneurs and freelancers who are seeking dedicated desk space and a great Wifi connection, to business owners who have their own physical space already but are looking for a like-minded community, there’s a place for everyone in the Founders Club.

We sat down with three of them to give you a taste of who’s involved. Keep reading to hear more from these incredible entrepreneurs, in their own words.

Q&A edited for length and clarity

Get to know Corri Poore, CO.STARTERS graduate and founder of Little Tykes University 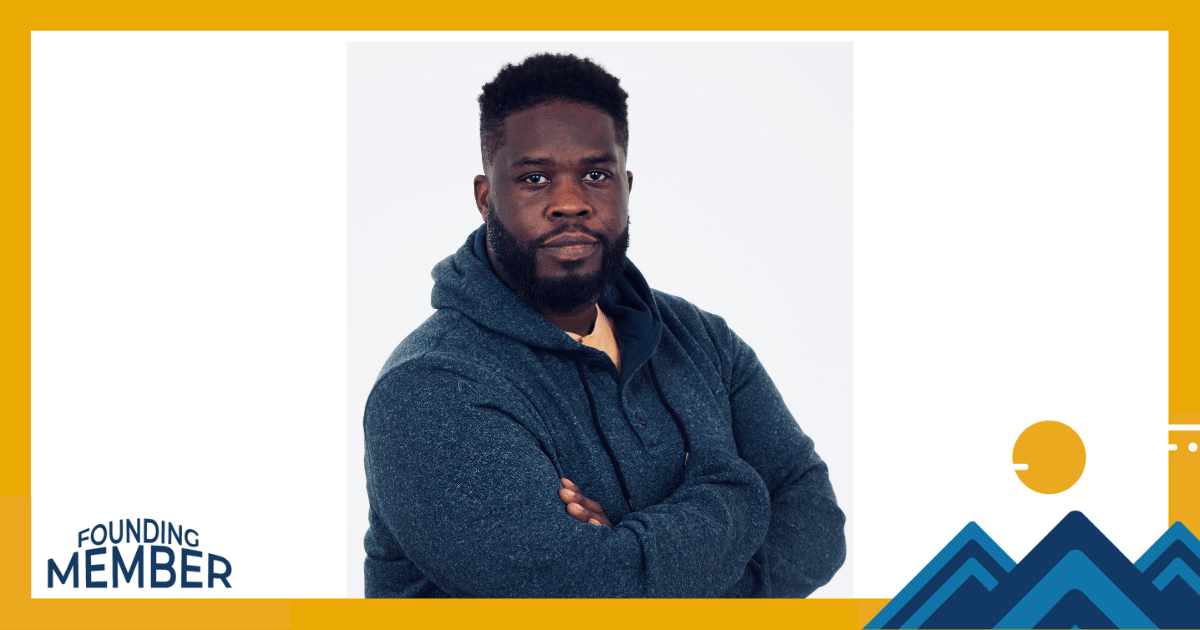 I have been involved in childcare for 16 years. My first storefront location opened in October 2014, and since then we have opened our southeast Sioux Falls location at 3210 E. Bison Trail. Our third location will open in northwest Sioux Falls sometime in fall 2022. My mission is to be a total disruption of childcare, as we know it. I was recently described as a mad scientist, and I think I like that. I plan to attack issues such as fair wages, controlling the cost of childcare, as well as strategic placement of facilities to better suit the demands of our growing city. 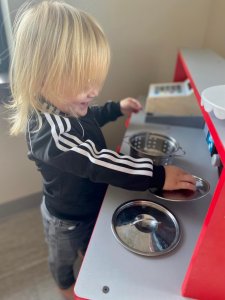 The Founders Club will be my place to mesh with other like minded individuals—a great place to establish organic business relationships and friendships. I love the idea of meeting spaces. It’s amazing what being in the right setting can do for one’s energy.

I’m grateful for the growth and the buy-in from my staff and families, and this year, we plan to leverage the relationships we have built so far to continue that growth. My biggest goal is to help change some laws pertaining to ratio regulation. These changes will undoubtedly ease some of the burdens in regard to our city’s childcare availability, allow for wage increases, and minimize the stress on the tuition of our city’s families with children in childcare settings. If all goes well, I hope to see these laws addressed during the next legislative session.

Get to know Kyrie Dunkley, founder of Shinin Star Style 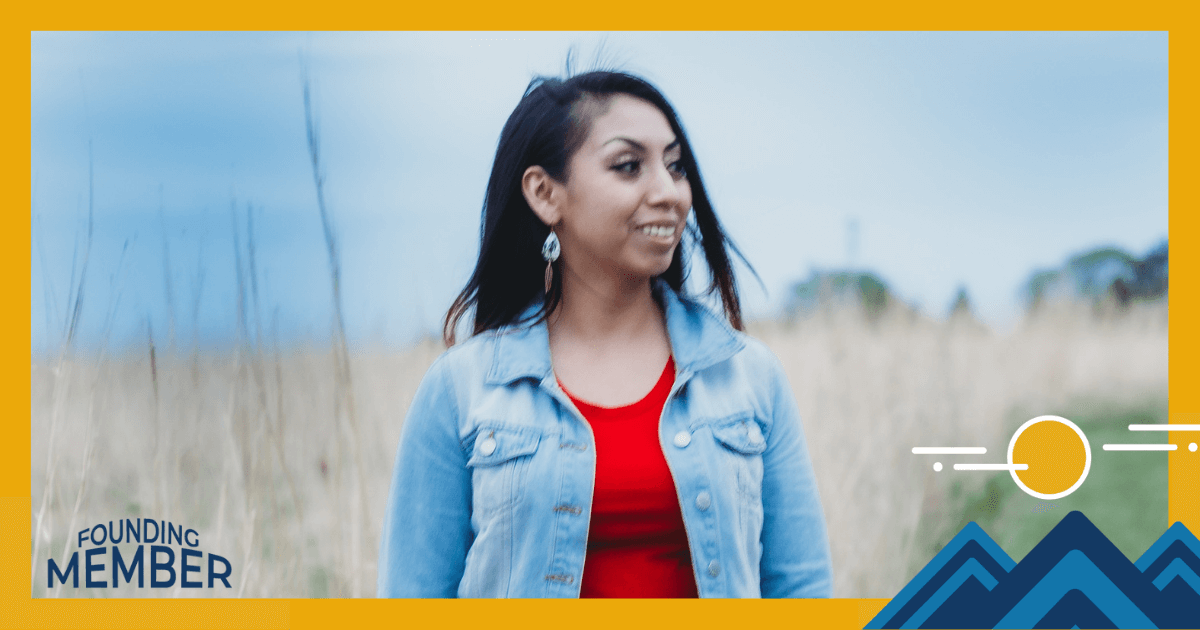 My English name is Kyrie Dunkley, and my Native name is Wichapi Iyoyunpa Wi (Shining Star Woman). I am Dakota and Lakota: 4 bands of the Oceti Sakowin. I live in Sioux Falls and work from home sewing clothes and selling them under the name “Shinin Star Style.”

I provide sewing services, stories, and language preservation by offering traditional wearable art that is specifically designed to encourage the current generation to indigenize their space while teaching and reinforcing language and cultural protocols. I hope to inspire further individual research into our history or future educational presentations. I welcome questions from all walks of life. 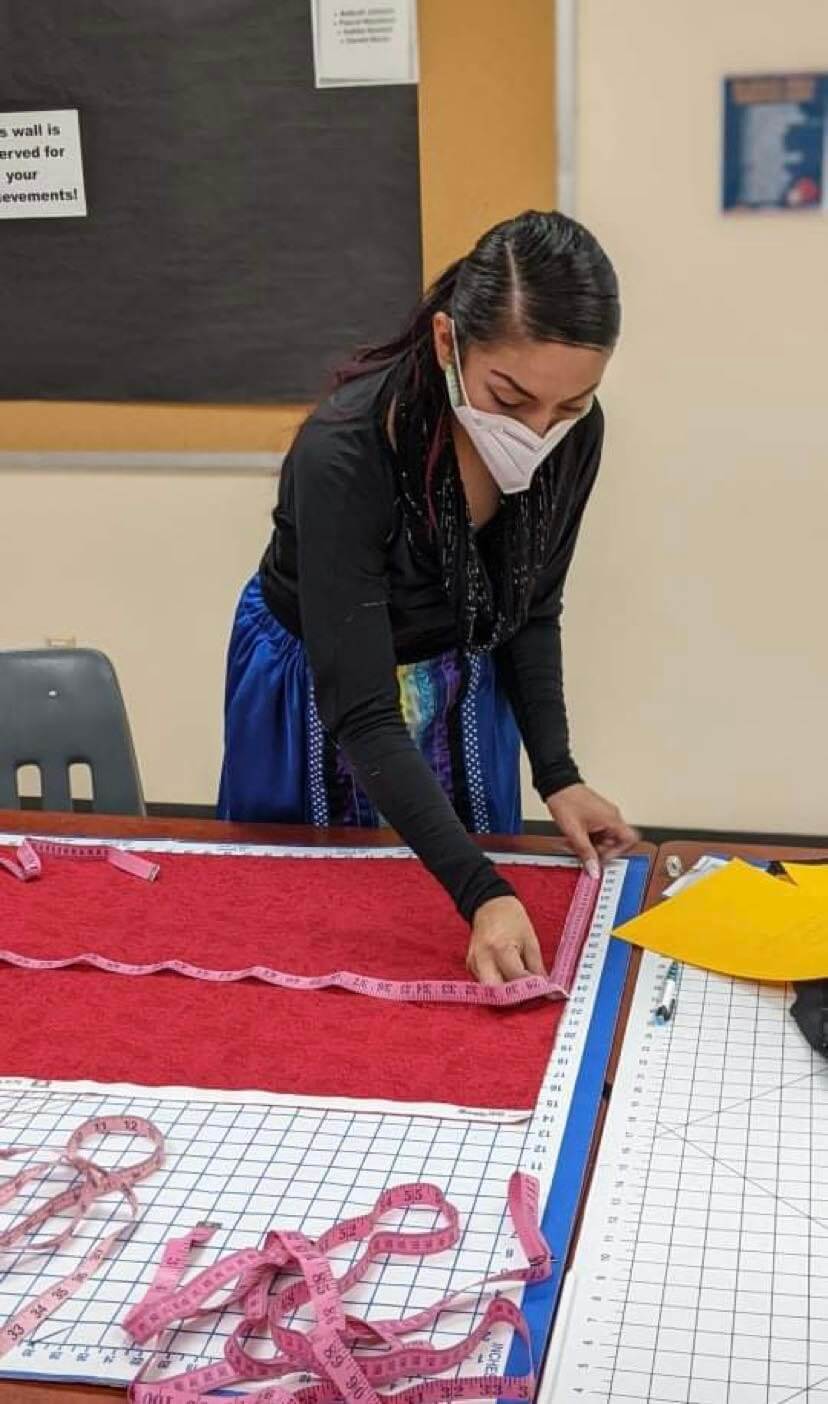 I hope to expand my services and provide resources to community members who are looking for ways to network and build their own entrepreneurship skills by getting involved. There are many native artisans here in the community and a central hub is needed to promote our-selves and collaborate with other like-minded people.

I applied for the Arts South Dakota Artist Emergency Relief Fund and received it twice last year. Since then, I have become certified in Indianpreneurship Training and Building Native Communities Financial Education through the Black Hills Community Loan Fund Indigenous Artist program.

My most recent work has been with Joe Foss at Axtell Park, instructing students on how to make ribbon skirts. The length and subject of any residency I do will determine specific materials, project outcomes, meeting times and other variables.

My current project is helping with the coordination of the Indian Education Parent Committee Honoring Ceremony event for the 2021-2022 seniors in the Sioux Falls School District. It is taking place May 27 at Washington High School.

I continuously devote my time to working with the schools and community to provide interactive services to preserve our culture and encourage our current generation to continue indigenizing their spaces through expressive art.

Get to know Kayla Huizing, CO.STARTERS graduate and founder of SoDak Stays 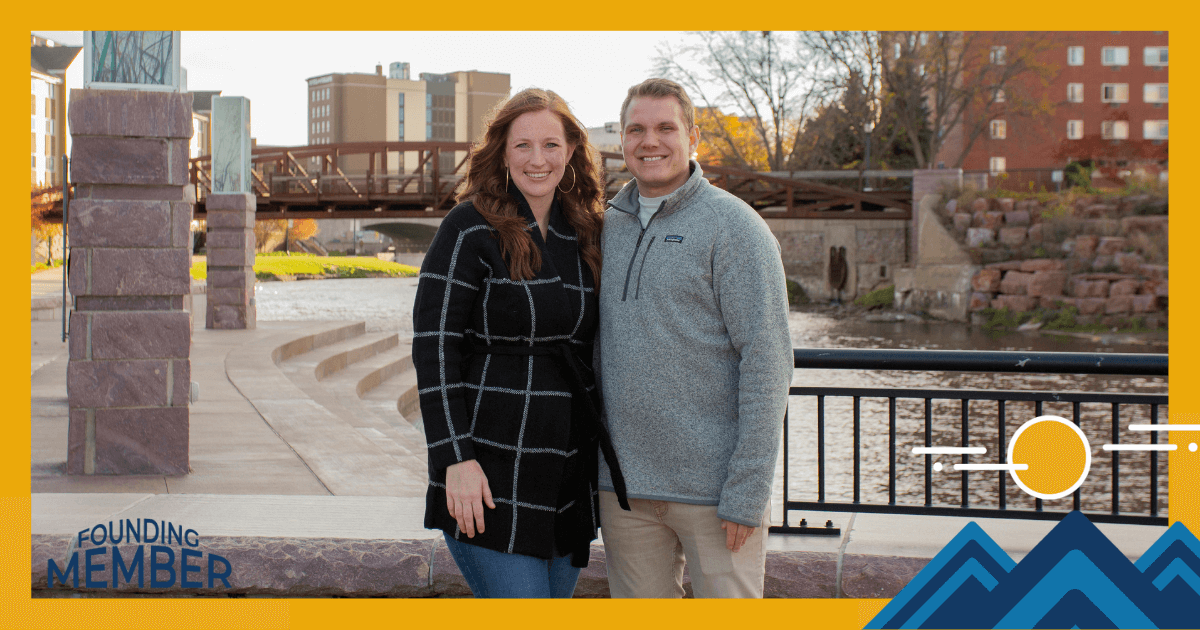 SoDak Stays partners with property owners to manage profitable short-term rentals with a focus on creating unique, extremely hospitable experiences for our guests. We take care of everything from marketing, supplies, turnovers, guest communications, and more. Right now, we have 13 listings in the Sioux Falls area. We started our business in February 2021 thinking we would just help out family and friends with their rentals, and it has grown into so much more than that! 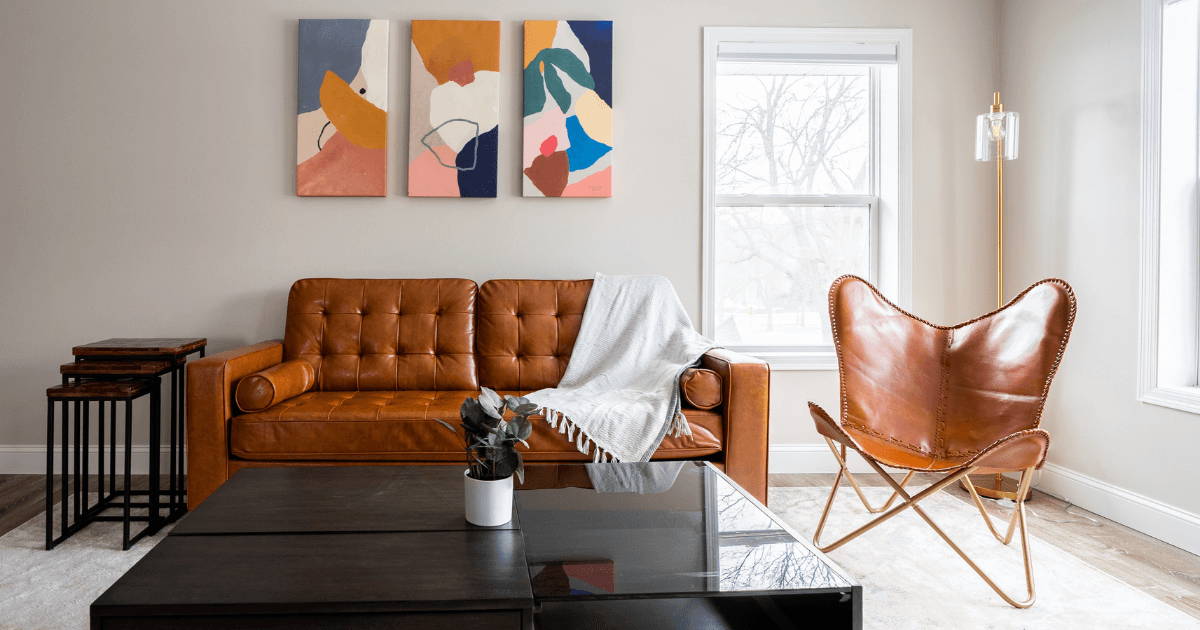 Joining the Founders Club was a no-brainer. Working from home as an entrepreneur can be a lonely place. Going through the CO.STARTERS program helped us realize the value of being around like-minded entrepreneurs. We’re excited for the unexpected run-ins. We love meeting new people and brainstorming ideas and I think the new space will be perfect for that.

We are SO excited to be launching our own direct booking website this month! This, again, was an idea that probably would have taken us years if it weren’t for the CO.STARTERS program. We are excited to give guests the option to book directly with us rather than an online travel agency (Airbnb, VRBO, etc.). We are also excited to hone in on our #StaySoDak mentality by creating more local partnerships in the future so that we can encourage our guests to shop, dine, and visit local establishments when they are in town.

Think the Founders Club might be right for you?

We hope you’ve enjoyed learning more about some of the entrepreneurs who are building this community with us. To meet even more of them, visit our social media pages where we’ve been featuring new members on a weekly basis. Find us on Instagram, Facebook, Twitter and LinkedIn.

The first in-person Founders Club meeting is set to take place in late April. Join now to get in on the fun!