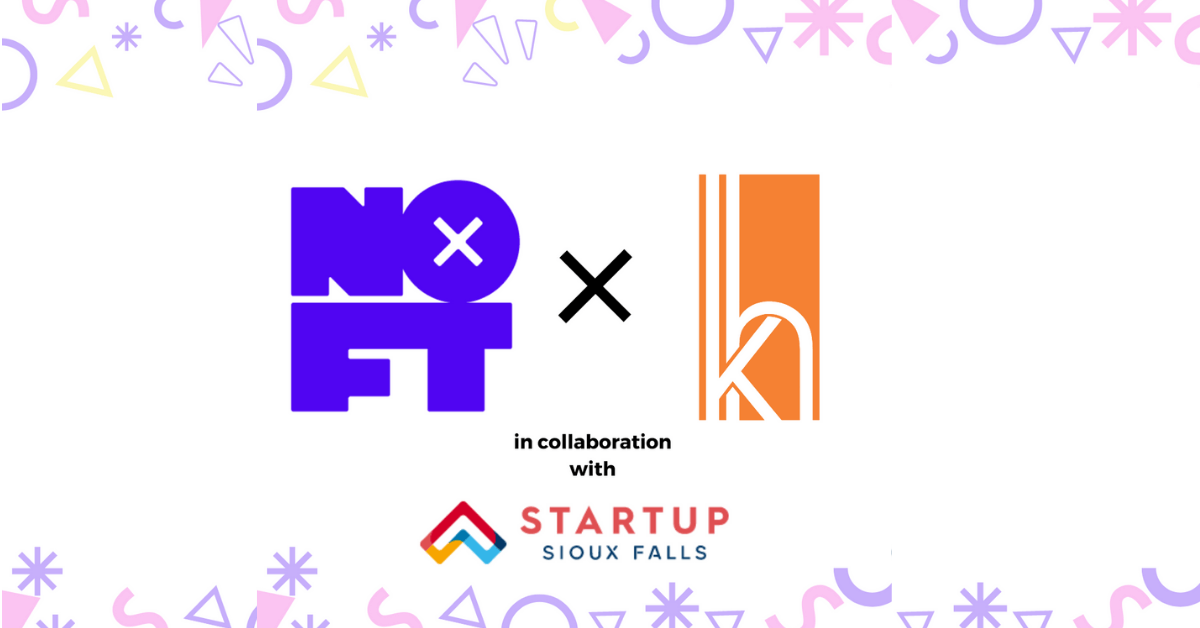 I'm so excited to share with you the collaboration we're cooking up between Startup Sioux Falls, Koch Hazard, and my new venture, No Fun Team. This will be the first NFT released by a business in Sioux Falls and it will be FREE to all Startup Sioux Falls Founding Members, we're calling it the Founder's Pass.

After my time as Lemonly CEO ended I was looking around to see what I wanted to work on next. I wanted something that was new and pushed me to learn. The world of Web3 and NFTs checked both of those boxes. When I started 9 Clouds in 2009 (at Zeal, then called SDTBC), we were at the advent of Web2 and teaching South Dakota businesses how to maximize the new social media platforms and tools. Today feels exactly the same to me but with a whole new set of tools and rules to the world of Web3. So I launched No Fun Team in February to help businesses enter the world of Web3 and launch their own NFTs.

We have two goals with the NFT launch. (1) Get founders set up with a wallet and obtain their first NFT. This project is all about learning and experimenting, we're going to guide you through the process in a safe and clear way. (2) We want to showcase Koch Hazard's amazing design work in a unique way. We all can't wait to work out of the new Startup Sioux Falls space, but until it's ready, we're going to take Koch Hazard's design and give you a tour through the new space in the form of an NFT.

Over the next couple weeks we're going to provide a webinar, recorded videos, and in-person events to onboard you into the world of Web3 and obtain your Founder's Pass. Let's have fun learning together!