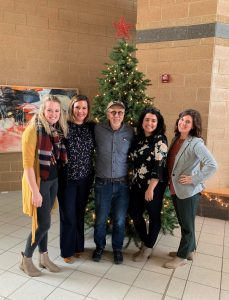 2019 was a busy year for the Zeal Center for Entrepreneurship. From new hires to new partnerships and a host of other events and developments, the team worked hard to support Sioux Falls’ vibrant entrepreneurial ecosystem.

Below are Zeal’s top ten highlights of 2019.

During the last four months of the year, Manaal Ali has served as the campus’ Engagement and Community intern. Manaal is a student at Augustana University, where she studies government and international affairs, sociology, and biology.

Zeal also hired Kate Flemming in November to serve as its new community manager. Kate moved to Sioux Falls from Decatur, Illinois, where she worked as the program coordinator for Millikin University’s Center for Entrepreneurship.

None of the year’s successes would have been possible without the leadership and support of our incredible Board of Directors as well!

Just before Thanksgiving, Zeal hosted Seth Tibbott of Tofurky during Global Entrepreneurship Week. Seth is the founder of the international vegan brand, Tofurky, and he spoke to the community at 1 Million Cups, several news outlets such as SDPB and KSFY, as well as at a panel discussion to discuss plant based protein initiatives with local industry leaders at Augustana University.

Local artist, Jillian Gunlicks, created a beautiful mural in Zeal’s common space, as part of the Ideas Take Flight initiative which added to the vibrancy of the space and helped to promote and celebrate local artist entrepreneurs.

In 2019, the organization highlighted the impact of art by forging new partnerships with local artists and creatives, including Jillian and The Good Night Theatre Collective.

Founded by Trisha Dohn, Well365 is a corporate wellness firm with a 17-person team. Dohn started the company three years ago, and they have now grown out of the space at Zeal and into a new office space in southern Sioux Falls.

Throne Publishing, founded by Jeremy Brown, creates legacy books for both families and businesses. The company officed out of Zeal for four years and will now be moving to downtown Sioux Falls.

Jeremy and Trisha will continue to work with Zeal as associate business members and mentors. 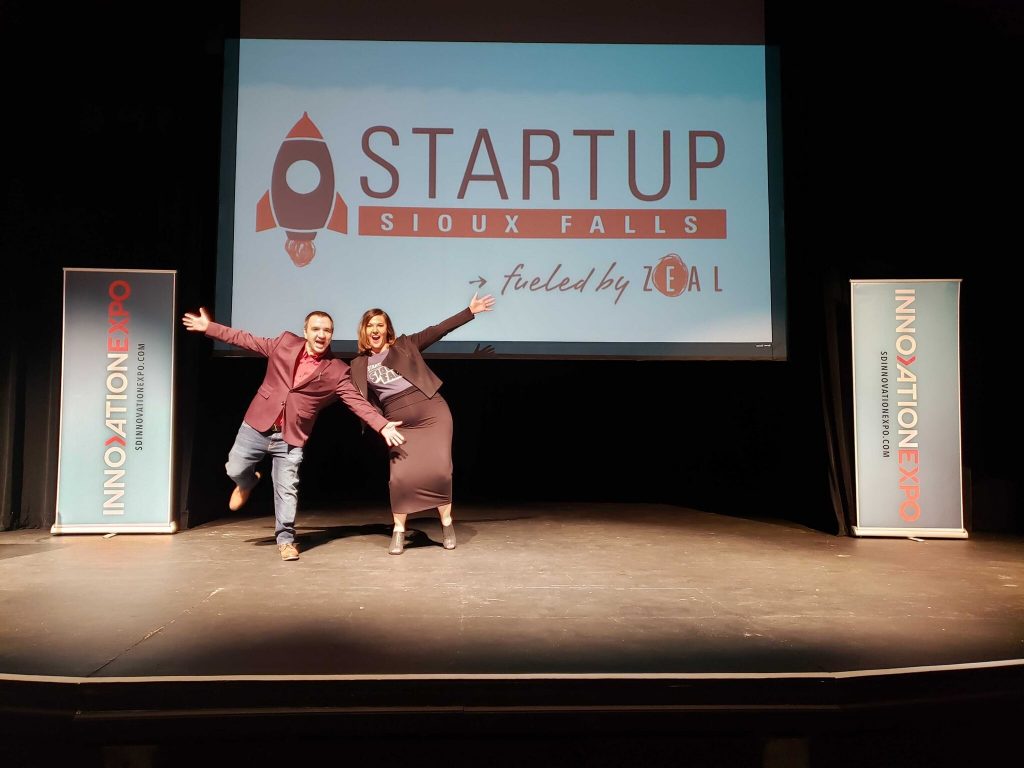 The organizations made a big splash in 2019, collaborating on a big social event, marketing and networking workshops, and launched the first ever Failure Fest, set for January 9. The collaboration was recognized by 605 Magazine as one of 2019’s 605 Best. Startup Sioux Falls’ content and activities will continue to run as usual, but with the operation and mission of Zeal behind it.

In September, the Sioux Falls community underwent a significant natural disaster in the form of three tornadoes which tore through residential and commercial areas. Numerous businesses suffered damage or displacement because of the storm.

Fortunately, Zeal’s campus was not damaged, and during the first week after the storms, we made our space available at no charge to businesses who needed a place to work or hold a meeting. It’s during those types of situations that the strength of Sioux Falls’ business community shines, and Zeal was proud to offer their support during a difficult time.

TenHaken, an entrepreneur in his own right as the founder of Click Rain, spoke about the need for more cohesiveness within the business and entrepreneurial community in Sioux Falls. He cited events like 1 Million Cups and organizations like Zeal as powerful opportunities for growth and deserving of the community’s support.

In November, the community celebrated the second annual Hey Sioux Falls awards show, which recognizes the trials and triumphs of entrepreneurship.

If you or your company are interested in supporting Zeal in 2020, please contact us or become a Patreon supporter! Here’s to an exciting new decade filled with promise and the entrepreneurial spirit.