An organization dedicated to promoting women in science is celebrating its tenth year in eastern South Dakota. 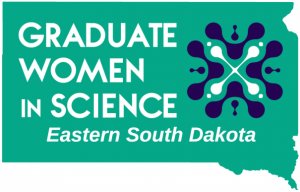 Graduate Women in Science (GWIS) is a membership-based organization with 34 chapters across the United States, as well as one internationally. South Dakota is home to the Eastern South Dakota chapter and the Black Hills chapter.

GWIS was formed in 1921 at Cornell University, at a time when women were not allowed to join fraternities. Originally known as Sigma Delta Epsilon Graduate Women’s Scientific Fraternity, the organization rebranded to GWIS in 2016.

While the mission of GWIS is to lead, empower, and connect women in science, you don’t have to be a woman or a scientist to become a member. The organization offers different membership levels for people of all gender identities and disciplines.

“Anyone can be a member, as long as you support our mission which is really about advocacy, empowering women, and getting our message out there,” said Amber Lively, Science Spotlight Officer for GWIS Eastern South Dakota.

What are the benefits of joining GWIS?

For many members, joining GWIS provides a way to meet like minded people in their area.

Both Lively and her colleague Terran Bergdale, VP of Programming for GWIS Eastern South Dakota, moved to Sioux Falls without knowing many people.

“I had moved to a town where I didn’t know anybody, and GWIS was a great way to meet other like minded, intelligent people who are passionate about science,” Lively said.

Bergdale had moved from academics into an industry where her colleagues were no longer focused on science.

“I used GWIS to connect with science-forward individuals,” she said.

Beyond making those connections, GWIS implements a wide range of programming and fundraising opportunities throughout the year, from promoting women who are transitioning from universities to the workplace to empowering young students in science.

“We do outreach events that connect anybody from kindergarten age through high school,” Bergdale said.

GWIS members who are eligible also have the opportunity to apply for the National Fellowship Program. Locally, Bergdale and Lively say they are in the early stages of raising money for a scholarship fund.

“We’re working to grow and invest in the account with the ultimate goal of being able to draw from it for local scholarship and individual grant opportunities, such as someone who needs money to attend a conference,” Bergdale said.

GWIS members also gain access to educational resources such as webinars on resume writing or breaking into a new field. The organization has also hosted networking socials at local companies like EROS, A-OX, and Avera.

“We want to make sure what we have is valuable and that we’re developing intentional programming to meet those objectives of lead, empower, and connect,” Bergdale said.

Both Bergdale and Lively appreciate the opportunities available for women in science in eastern South Dakota.

“We’ve been really inspired and surprised by how open the community is to women in science,” Bergdale said.

According to Lively, South Dakota sits outside the national average as far as representation of women in science.

“We seem to be on more of an equal playing ground here which isn’t common everywhere,” she said. “Our goal with GWIS is really bringing awareness and shining a spotlight on science in the local community.”

Get involved with GWIS

If you’re interested in joining GWIS’ Eastern South Dakota chapter, becoming a member is simple. As aforementioned, anyone with a baccalaureate degree from an accredited institution is welcome to join as a voting member. Additionally, anyone who supports GWIS’ mission, regardless of education, is welcome to join as an affiliate (non-voting) member.

Among its many benefits, being part of GWIS includes access to members-only meetings, events, activities, and conferences.

GWIS also hosts and participates in a variety of events within the community, including trivia nights, volunteer opportunities, and the upcoming It’s All About Science Festival and GWIS Innovation Mixer.

It’s All About Science is an annual event hosted by Sanford that is designed to get kids excited about science through fun shows, speakers, and numerous interactive and hands-on experiments and learning opportunities. The event is scheduled for April 4.

The GWIS Innovation Mixer is an annual event that brings people together from various sectors—science, business, and leadership—to spark innovation. 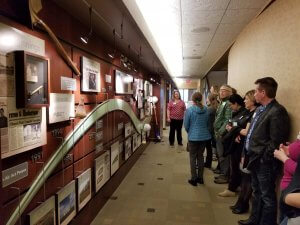 “We’re scientists, and we can do great things, but if we can’t work together with people in business and leadership we can’t get things out to the world,” Bergdale said.

The mixer is scheduled for June 4 and will feature Dr. Corrie Moreau—an entomologist from Cornell University where GWIS originated—as its keynote speaker. Further information on the schedule and location of the event has yet to be announced, but interested persons can check out GWIS Eastern South Dakota on Facebook for event updates.

Would you like the latest startup community news and event info delivered your inbox each week? Register for our weekly newsletter using the form below.