Walter Portz remembers the exact day he broke down over the death of his mother, Helen. But it wasn’t the day she died.

In April 2018, a year after Helen had passed, Portz received her tax documents in the mail. He’d been getting her forwarded mail for a year now—countless catalogues, coupons, and other postage typical of an elderly woman—and he says it had gotten to the point where he avoided checking the mailbox regularly.

“I went to open the mail and sign the documents, and I just broke down,” Portz said. “Why had it been an entire year since I’d talked about my mom? Why hadn’t I thought about our relationship?”

Portz realized that the majority of people, himself included, were not handling death in smart, healthy ways because they were too busy dealing with the logistics of death certificates, bank accounts, and passwords.

Something needed to change, and almost immediately, Portz began pursuing an idea he hopes will change the way we deal with death for the better.

Fast forward two years, and Portz is preparing to launch Helen’s Plan, an online tool named after his mother that he hopes will allow people to bypass the logistical drudgery of death, and instead give them the freedom and peace of mind to properly grieve.

With digital footprints that only grow larger as time goes on, from passwords to contacts to online accounts and subscriptions, Helen’s Plan provides a streamlined system for individuals to organize, prioritize, and make their information accessible to the right people.

How does Helen’s Plan work?

Portz describes it this way: when we go on vacation, we might leave a note with a friend or relative detailing important information and emergency contacts. Helen’s Plan acts like a digital version of that note, filled with everything people need to know when their loved ones pass away.

Portz developed a secure online database, and divided it into sections such as “Insurance Information,” “Personal Information,” and “Contacts,” that people can use to organize their personal data. While there are products on the market that allow people to organize some of these data points, Portz says nothing is as all-encompassing as Helen’s Plan.

Not only can you save the more technical information like insurance and bank account numbers, but Helen’s Plan allows people to make notes about the random bits of information someone else might never think about, such as medications for a child or pet.

Beyond the database function, Helen’s Plan also provides the next of kin with a prioritized checklist to help walk them through the process in an efficient manner. After the death of a loved one, those with access to the account can simply log in and begin with the checklist.

Portz believes Helen’s Plan will give people a sense of calm around death—whether their own or that of a loved one. Gone will be the days of digging through file drawers and leaving stones unturned. For example, Portz discovered a forgotten bank account of his mother’s, several months after her death.

He also recalls how different his father’s death felt, back in 2014. At the time, Helen was still alive, and the responsibility of untangling the details fell to her. Portz had the freedom to sit and talk with her and other family members to find meaning and closure in his father’s death. When Helen died three years later, it was a vastly different situation as those details became his responsibility.

“Being a very emotional person, I found it difficult to grieve and get closure when I was back and forth with the bank, the hospital, and the funeral home,” Portz said. “It was all a distraction from grief.”

Helen’s Plan, which is accessible as a subscription for $10 per month, aims to ease the burden of those distractions. Portz hopes people will see the value of this for themselves and their loved ones and think of it as a gift they will one day leave behind.

Launching Helen’s Plan in the midst of COVID-19

Portz is a seasoned entrepreneur—he and his wife, Holly, own Studio Blu Photography as well as a storage rental business originally started by his parents—but he views Helen’s Plan through a different lens.

“There’s a lot of uncertainty and self-doubt that goes with something like this, and you’ll be like, ‘Oh, does this make sense, is it worth it?’ and you wake up wondering if you’re doing the right thing,” Portz said. “I really had to take stock of my own life and whether or not this was the direction I wanted to go, because I know what the responsibility is going to be.”

That sense of responsibility is only heightened with the uncertainty of the COVID-19 pandemic hanging over society. 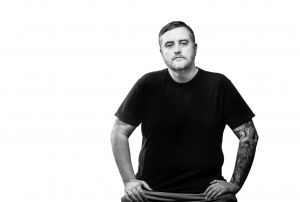 Portz says he decided on an April launch for Helen’s Plan while on a family trip to Hawaii back in February. While there, two Japanese tourists tested positive for COVID-19, and Portz quickly realized things were going to take a turn for the worse.

“I knew early on that this was going to have a unique impact on our economy,” he said. “By the end of the trip, we’d decided the launch was going to be in April, but as things progressed, my only hang-up was that I didn’t want to feel like I was taking advantage of the situation—I don’t want to marginalize the death of any individual.”

But as he thought through the timing on his own and reached out for advice from trusted friends and mentors, Portz concluded that Helen’s Plan was something people needed, perhaps now more than ever

It’s an encouragement, not only for Portz but for other entrepreneurs like him in this time of mass uncertainty, that while things may not look like they did even a few weeks ago, new services, new ways of thinking, and innovation are still in high demand from a population reliant on technology and one another.

“One of the ways I framed this project is that when you’re an artist, the goal is to create a piece of work that has an impact.” Portz said. “I’ve framed this as my biggest piece of art.”

Portz is one of three speakers at Startup Sioux Falls’ upcoming virtual event, the New + Aspiring Entrepreneurs Meetup. The event features three local entrepreneurs who have either just launched or are preparing to launch their businesses. Each will have 10 minutes to share about their experience, and there will be an opportunity to ask questions and participate in a guided discussion.

The event will be held via Zoom, and attendees can register here. It is a free event, and registered attendees will be entered to win a $50 gift card to one of the following local businesses: Zandbroz Variety, Stensland Family Farms, and Oh My Cupcakes!

Remedy Brewing will also be offering a Startup Sioux Falls deal—30 percent off crowlers or 6-packs from their taproom. Give them a call at (605) 271-6193 to order yourself some beer to enjoy during the meetup. Curbside pickup is available.