Founded on the principles of inclusion, diversity and equity, a year-long program in both North and South Dakota helps people pursue change in their communities by taking a hard look at how they communicate and the unconscious biases they may be harboring.

Change Network is a program developed by National Arts Strategies and funded by the Bush Foundation. Each state’s chapter puts around 15 people through the program each year, and South Dakota Change Network is now accepting applications for its fourth cohort.

The program is free and open to anyone with a desire to make a positive impact in their community, particularly in the aforementioned areas of inclusion, diversity and equity. Applicants should have an idea for how to implement that change, but it should not be highly focused or planned out.

Change Network exists to help people develop their ideas, and flexibility and open-mindedness are crucial to their success. Applicants must identify a ‘champion’—someone in the community who will act as a mentor and support the work they’re pursuing. Additionally, all participants will have the opportunity to apply for a $5,000 grant toward their project.

Kari O’Neill, a community vitality field specialist with South Dakota State University Extension, is the advisor for the South Dakota chapter. Her experience is in strategic planning, leadership training and board development, and she says the mission of Change Network fell naturally within the scope and capacity of SDSU Extension’s community work. 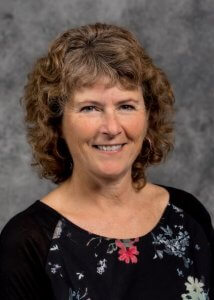 “The goal is to help people improve their organizations and communities by allowing more voices to be heard, and my hope is that ultimately there are more people in South Dakota who are open-minded and willing to hear different perspectives,” O’Neill said.

How does Change Network make an impact?

Projects have ranged in scope from a partnership between Southeastern Behavioral Health and the Minnehaha County Public Defender to provide mental health treatment for offenders, to making the Aberdeen city bus system more inclusive and accessible, to setting up pop-up Boys & Girls Club programming in Sioux Falls’ public housing.

Another project involved the city of Centerville and its efforts to welcome an increasing Hispanic population. The city’s economic development director, Jared Hybertson, participated in Change Network and used the grant money to support local celebrations, a community mural, and welcome baskets for new residents.

Throughout the course of the program, Change Network provides varied learning opportunities, including presentations from a Minneapolis-based consulting firm, as well as nationally-known speakers. Topics covered include project development, diversity, logic models, and more.

The cohort engages with new material every month, whether it’s reading a book, watching a film, or participating in a discussion group.

“The content is very different from a normal leadership program,” O’Neill said. “You learn about being inclusive, checking your unconscious biases, the kind of communication style you have, where you go in conflict, and you learn things about yourself you probably never examined before.”

Peter Schott is the CEO and founder of Genesis Feed Technologies, and he also organizes a community event in Fargo-Moorhead called International Potluck where people gather around food and storytelling. Schott joined the 2019-2020 North Dakota Change Network cohort, and he says the experience has been transformative. 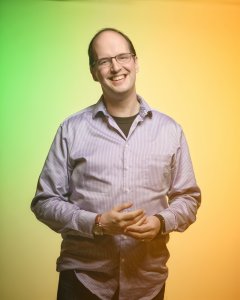 “You have to be willing to listen, open to feedback, and comfortable with having your biases and assumptions challenged,” he said. “When you start doing self work and examining the biases and assumptions you have, there’s parts that will be uncomfortable. Maybe there’s something you’re doing that’s racist or harmful. We all have our stuff and our story, there aren’t any exceptions.”

Schott says his mindset around leadership has been challenged and reshaped throughout the program.

“It has really helped my self-awareness grow in areas I didn’t know it needed to,” he said. “It reinforced for me that servant leadership isn’t about saying, ‘Here’s my idea, let’s go,’ but rather, ‘Here’s something I’ve been thinking about. Will you join me?’”

The window to apply is from now until June 26. Selections will be made in July, and the cohort will be announced in August.

An in-person convening will occur in late September where participants from both North and South Dakota have the opportunity to meet and connect with each other. After this, cohorts engage in remote meetings and online activities until late January when each state hosts its own in-person convening. South Dakota’s will take place in Mitchell.

Remote meetings continue from February until June, when a final in-person gathering of both states’ cohorts takes place. From July to September, participants go through grant check-ins and the final steps before becoming alumni. According to O’Neill, the alumni network is one of many benefits of participating in Change Network, as it provides connections to like minded individuals across the two states.

O’Neill also emphasizes the diversity of the cohorts.

“i’ve been really happy with how widespread our groups have been. We have a really good mix from across the state and on the reservations,” she said.

Schott encourages anyone with a desire to make a difference to apply.

“You could probably think of 100 reasons not to apply, but I’d encourage you to put those aside and just do it. There is such a rich mix of people involved, and it’s not just a one-size-fits-all type of program,” he said.

Applications are open now and can be submitted online. Contact Carla Samson at [email protected] with any questions.