On Sept. 1, Henry Wegehaupt will begin the first phase of government-funded research on a project he dreamed up while in college.

At 26, Wegehaupt is the youngest person to receive a Small Business Innovation Research, or  SBIR, grant in South Dakota.

After earning his degree in electrical engineering in 2017 from the South Dakota School of Mines & Technology, he spent just over two years with Interstates before setting out on his own to launch Provender Technologies, a business dedicated to creating value for cattle operations through automation.

The $100,000 grant from the U.S. Department of Agriculture will fund eight months of research and development for Wegehaupt’s concept of an automated cattle-feeding system. If the research is successful, he’ll be able to apply for an additional grant and advance to the next phase.

An idea is sparked

It was Wegehaupt’s senior design project at SDSMT that sent him down the entrepreneurship track. The idea originated from his experience growing up on a farm near Dimock and watching his father work long hours and miss out on family events.

“I love agriculture, and it’s absolutely something I want to be a part of, but it definitely takes a lot of time. It’s a difficult job — some years are good, some years aren’t — but it’s a lifestyle,” Wegehaupt said. “I loved being on the farm, but I wish there would have been more technologies that would have made things easier and would have provided more freedom and flexibility.” 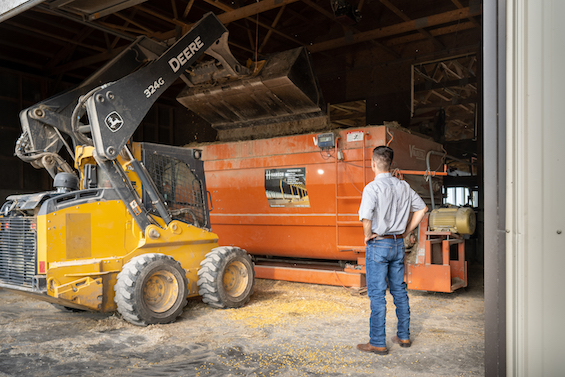 Automation is a key technology for increasing productivity and helping farmers remain competitive. However, aside from precision agriculture technologies, it has yet to be introduced and applied on most farms across America. Wegehaupt is working to develop an affordable system that would automate the process of preparing and delivering feed rations for cattle.

Wegehaupt first competed in SDSMT’s CEO Student Business Plan Competition, where he was encouraged to refine his business goals and purpose.

Joseph Wright is the associate vice president for research and the head of the economic development office at SDSMT. He heads up the CEO competition and provided much of the guidance Wegehaupt needed to narrow down his idea to a compelling business proposition.

Wegehaupt went back to the drawing board to develop a value proposition focused on creating efficiencies in the feeding process beyond just saving time and energy. He is now working to improve the feed-mixing process and build upon others’ research that shows feeding cattle multiple smaller rations throughout the day increases feed efficiencies, improves health and reduces waste. 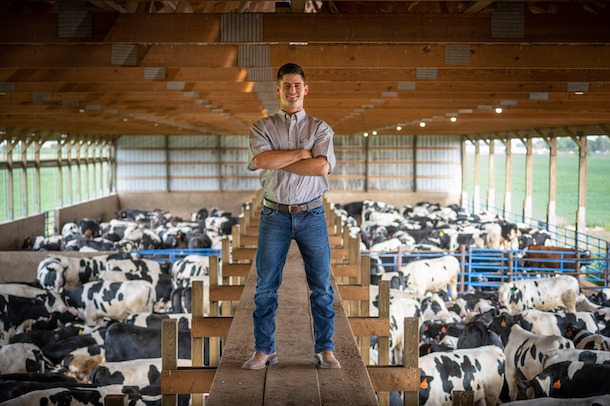 Though he didn’t win the entire CEO competition, he did receive the award for Best Agricultural Business Plan and went on to tie for first place in the state’s Student Giant Vision Competition.

Wright emphasizes the importance of Wegehaupt’s adaptability and willingness to refine his concept.

“Henry is an incredible talent, and we knew that when he was here. He was very coachable, which is key to being successful long term,” Wright said. “Not everybody can grasp both the business side of technology and the engineering side, but he was able to do that really well and articulate in a way that was compelling. It doesn’t surprise me at all, and we’re very excited for him.”

The CEO competition has been a resounding success for SDSMT, and Wright said students have gone on to win Giant Vision every year since its inception.

“In my opinion, it’s very easy to train students to go out and get a job, but the benefits that come from giving resources that teach them how to be innovative and entrepreneurial are really far-reaching,” Wright said.

“If you look at a lot of the companies that really changed U.S. fortunes, most were launched by young people that didn’t have inhibitions and were not driven by a certain dogmatic approach — Steve Jobs, Bill Gates, Ted Waitt — all of those guys at one time were young, ambitious and full of good ideas. If we can be a catalyst to create more of those opportunities and mind-sets, in the long term it benefits society.”

What does an SBIR grant mean for Wegehaupt?

The SBIR program is a mechanism that connects researchers and entrepreneurs with funding from federal agencies such as the Department of Defense, the National Science Foundation or, in Wegehaupt’s case, the USDA.

Gary Archamboult is the program director for South Dakota’s SBIR office, which is housed within the Zeal Center for Entrepreneurship, and he’s not afraid to tell people if their concepts are unlikely to be funded. The application process for SBIR funding is extensive and involves significant time and preparation.

However, Archamboult said a smart ag solution like Wegehaupt’s has the potential to be quite successful. The support systems Wegehaupt has leveraged across the state have been instrumental in getting him this far.

“I really think it’s a reflection of the entrepreneurial ecosystem being built in Sioux Falls, Rapid City, Brookings and other communities across the state,” Archamboult said. “If you go back 20 years, universities didn’t have entrepreneurship programs, let alone something like the CEO program.”

Wegehaupt has dedicated significant time to seeking out that support and mentorship. From his advisers at SDSMT and his involvement in the CEO program to networking opportunities throughout the region such as 1 Million Cups, he said it’s all a matter of understanding whom you need to reach out to.

“People are more than happy to help, but they’re not going to come to you. You have to go ask for help. I am extremely grateful for the people who have taken time to assist me,” he said. 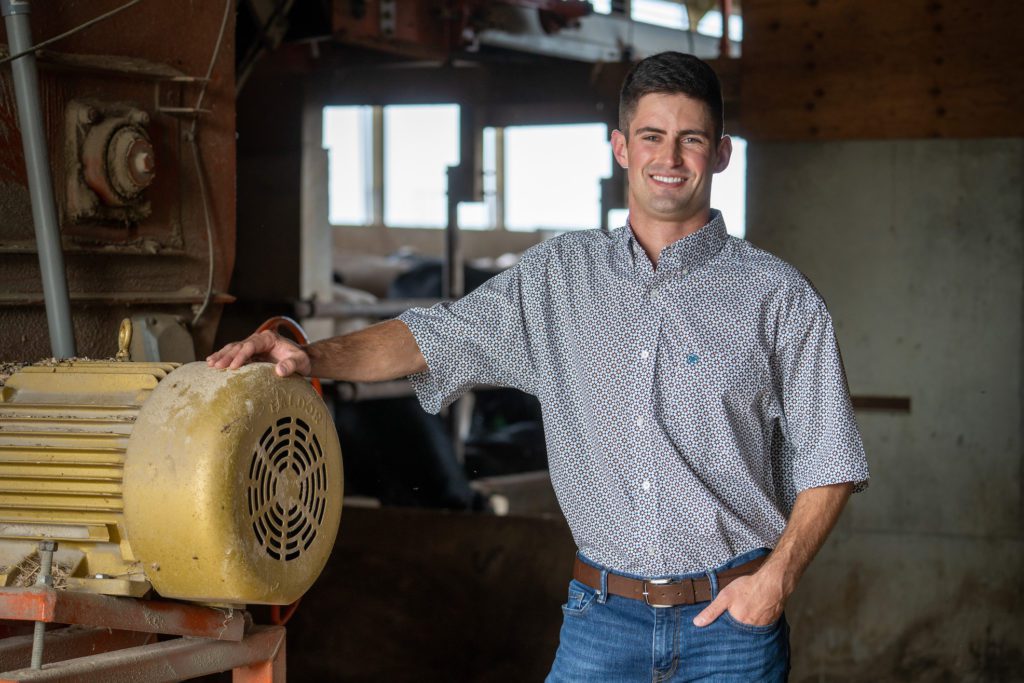 For the time being, Wegehaupt works out of Zeal, where he shares a space with the Dakota Research and Consulting Organization, or DRACO. With the $100,000 grant, he’ll be able to invest in his research, hire out help or consultants if needed and pay himself a salary.

“Henry is setting a high standard for young entrepreneurs in our community,” she said. “Zeal Center for Entrepreneurship is continuing to build infrastructure and programming to support and keep up with the Henrys in our network. In fact, our team will be making some public announcements regarding this very soon.”

Wegehaupt even traveled to Fargo to attend events and conferences, including the Founder’s Retreat and the Co.Starters Accelerator Program. Co.Starters was a nine-week program, and Wegehaupt would drive up to Fargo once a week and make a day of it with networking and exploring the local entrepreneurship scene.

He also built a relationship with a local farmer to test his prototype when the time comes. If the project moves on to phase two, he’ll develop a commercialization plan that involves marketing to farmers, collecting letters of support from potential clients and getting buy-in from manufacturers.

“I feel obligated to make a positive impact with the grant and give my best effort,” he said. “It means a lot getting an investment like that, and I feel a lot of responsibility.”