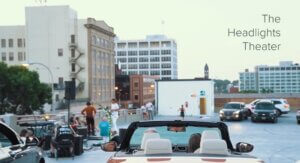 As COVID-19 shuttered live events and left many artists’ careers hanging, Madeleine Scott and Madison Elliott saw an opportunity to breathe life back into the performing arts scene here in Sioux Falls.

Scott and Elliott are childhood friends who grew up dancing in South Dakota, and both moved away in their early teenage years to pursue professional dance training.

Scott’s career has taken her across the world performing in different ballet companies, and Elliott graduated from SUNY Purchase College’s Conservatory of Dance in May and earned her first contract with a dance company in New York.

Today, however, the two women are back in Sioux Falls.

Scott moved back home and founded the state’s first professional ballet organization, South Dakota Ballet, in 2019. Elliott returned to Sioux Falls this spring when the pandemic hit, moving her classes online and cancelling other plans and activities.

The idea for Park & Art with the Headlights Theater came about in May as Scott was forced to cancel her inaugural gala for South Dakota Ballet and Elliott faced virtual graduation and the uncertainty of her plans moving forward. The two friends started talking, and Park & Art was born. 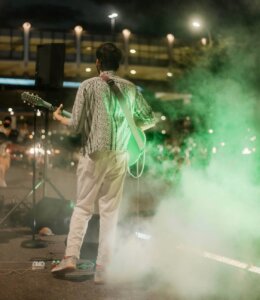 “All of my plans and opportunities that I had lined up were cut short because of COVID, and one morning, I was just scrolling on Instagram and saw a friend of mine dancing in a parking lot, and I had this idea. Madeleine and I got to talking about how we could uplift the arts community while keeping everyone safe during this time,” Elliott said.

They spent just over a month planning and launched their first performance in early July. The inaugural season included five outdoor shows from July to October, and Scott and Elliott say they hope to keep the concept alive next summer. 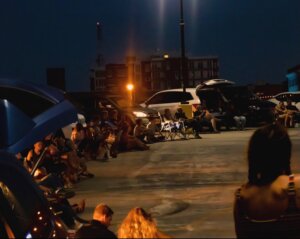 The structure of Park & Art was simple. The artists planned and choreographed their performance, people reserved tickets (donation-based), and an hour before showtime, the location—always a parking lot—was announced. The audience showed up, and could either watch from the comfort of their car or set up their own chairs or picnic blankets.

Both the artists and the audience observed social distancing, and masks were required, allowing a safe experience for all involved.

The first show took place in the 8th and Railroad parking lot downtown and attracted an audience of over 200 people. Scott says they didn’t anticipate such an enthusiastic response going into it. 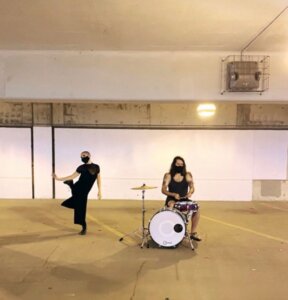 “We thought it was going to be very casual and more of a family and friends thing,” she said. “We hardly marketed it. It was just fun. We were in a parking lot, and our band was groovy.”

After the first show’s popularity, they realized they needed more volunteers and a little more organization and structure.

“We improved every single time, and now we have a great group of volunteers,” Scott said.

Following performances were held at the top of the 10th and Phillips parking ramp, the parking lot of the downtown Avera building, and two different parking lots owned by the CNA building downtown.

“Our biggest show was our third, and it was really fun but so crazy—we had a limit on our registration, but people showed up anyway. It was outdoors, and they heard about it and wanted to show up and donate and support us,” Scott said. “This experience really made me cherish the community that a live performance creates. Seeing people return to every show, how everyone can connect and suddenly be uplifted through music and dance.” 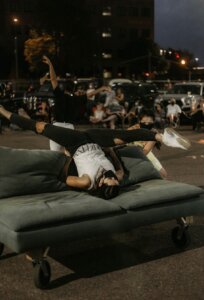 While Scott and Elliott are the co-directors of the program and performed in every show, they didn’t take the stage alone. Each performance featured collaborating, local artists, including Pale Norse & The Local Support, Good Night Theater Collective, GhostCat, We all Have Hooks for Hands, and Sun Daze.

The endeavor was independently-run, and the cost of the shows was covered primarily by donations. Scott and Elliott also applied for assistance from Arts South Dakota, and each contributed to the project with some of the funds they received. Additionally, one of the shows was sponsored by Flyover Country and another by Total Drag.

“Madeleine and I would get teary-eyed after each show because the amazing amount of support we have received from our community is so overwhelming” Elliott said. “We love what we do, and it’s not that we need the validation, but knowing that the community loves it as well makes it all worth it.”

What’s next for Park & Art?

Though Park & Art has been put on pause for South Dakota’s chilly winter, Scott and Elliott believe it has the momentum to continue for future seasons.

“We 100 percent believe that Headlights Theater has a life past COVID, and it’s something we can bring back every summer for our community and local artists,” Elliott said. “Sioux Falls has such a beautiful arts community, but at times it feels hidden. We want to continue to shed light on the fact that we have these amazing artists and this beautiful community within South Dakota.”

Both women have additional responsibilities and plans for the future—Scott’s main priority is building South Dakota Ballet and Elliott will be moving back to New York in January to work with several dance companies and modeling agencies—but they still hope to keep Headlights Theater alive.

“I think there’s a lack of accessible, high-quality arts, and so it’s cool to tear down the expectations and factors that distance people from seeing really high-level dance and music, and to just be able to put it out there,” Scott said.

Elliott says she plans to maintain a close connection to the community here in Sioux Falls. 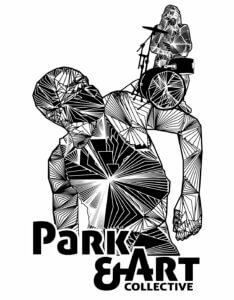 “As I continue to grow and expand my personal career, I’m making helping out the South Dakota and Sioux Falls arts community a big part of my future,” she said. “I’m trying to balance living my dream of traveling and dance and doing all this work, while also staying grounded and rooted in the place I grew up in.”

To raise money for their 2021 season, Headlights will soon be selling merchandise. They hosted a competition to design artwork for a t-shirt and sweatshirt, and the winner was artist, Jared Truman. Watch for upcoming information on ordering merchandise.