Running a small business is never easy. Add a worldwide pandemic to the picture, and countless businesses nationwide have struggled to stay afloat. Some have even closed their doors permanently.

Here in Sioux Falls, one program is trying to mitigate some of that damage.

You’ve probably heard about CO.STARTERS by now — the accelerator program hosted by the Zeal Center for Entrepreneurship for startups looking to take the next steps or scale their current operations.

What you likely don’t know is that the same organization offers another version of its Core program. CO.STARTERS Rebuild works specifically with businesses impacted by the pandemic.

Sioux Falls’ Rebuild program kicked off Nov. 17, 2020, with a small group of business owners eager to learn and build resilience. Participants had their program costs covered by a generous sponsorship from Zeal, Downtown Sioux Falls Inc. and the Greater Sioux Falls Chamber of Commerce.

The cohort has been conducted virtually from its start in November through the final session, which will be Tuesday. Unlike the Core program, which is being led by business owner Eric Weisser, Rebuild’s facilitator is not a local figure.

Scott Pierce is an entrepreneur based in Birmingham, Ala., who has led five CO.STARTERS Core cohorts in his region. After the pandemic hit and CO.STARTERS saw the need for the Rebuild program, Pierce was tapped to lead a new cohort in Livingston, Ala., over the summer.

Pierce said it has been interesting to compare his Livingston and Sioux Falls cohorts. Both communities were new to the CO.STARTERS program, but the infrastructure backing them differed. Livingston was more rural, where Sioux Falls has an urban atmosphere. 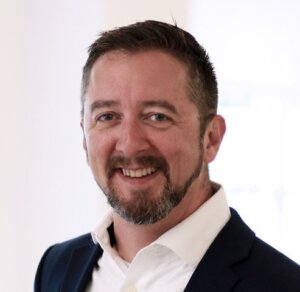 “With Zeal and DTSF, you have some of that infrastructure and an ecosystem going already, and that allows CO.STARTERS to come in and really turbo-charge it,” he said.

Regardless of region or infrastructure, Pierce said it’s clear that businesses everywhere have been hurting. Rebuild offers those businesses the tools and guidance to help them get back on their feet or consider pivoting and shifting their focus.

Most importantly, it provides a community.

Additionally, the lessons learned throughout the course of the program go beyond COVID-19 and its implications.

“What I’ve told my Rebuild cohorts is that business is always going to get disrupted, whether internally or externally,” Pierce said.

A month before the pandemic struck, Amanda Wermers had reenvisioned what success looks like for her business: community.

“I had redefined success in a way that surrounded the people in the store,” she said. “If the chairs were filled and laughter was being had, then we were successful.”

Wermers and her husband opened their downtown shop, Game Chest, with the goal of bringing the community together over board games. 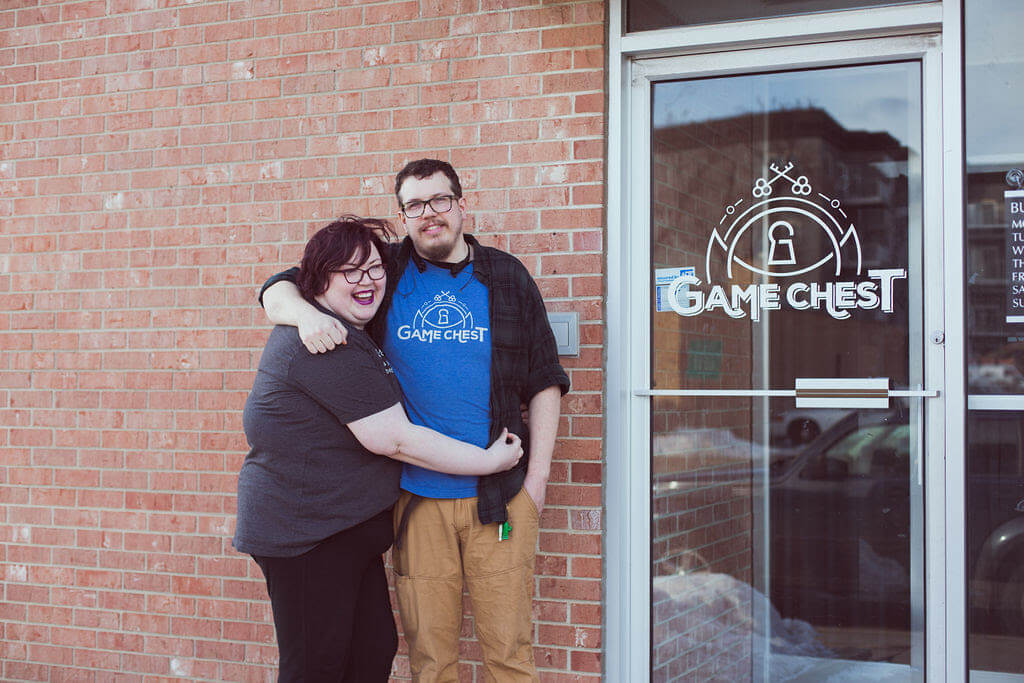 “As an LGBTQ individual and a woman, it was really important to provide a space that was safe and accessible for all people,” Wermers said. “We had come up with a plan of what our dream board game store would be like. It’s a place where everyone’s welcome, it feels like you’re coming home, it’s a safe place for everyone, and it’s a breath of fresh air.” 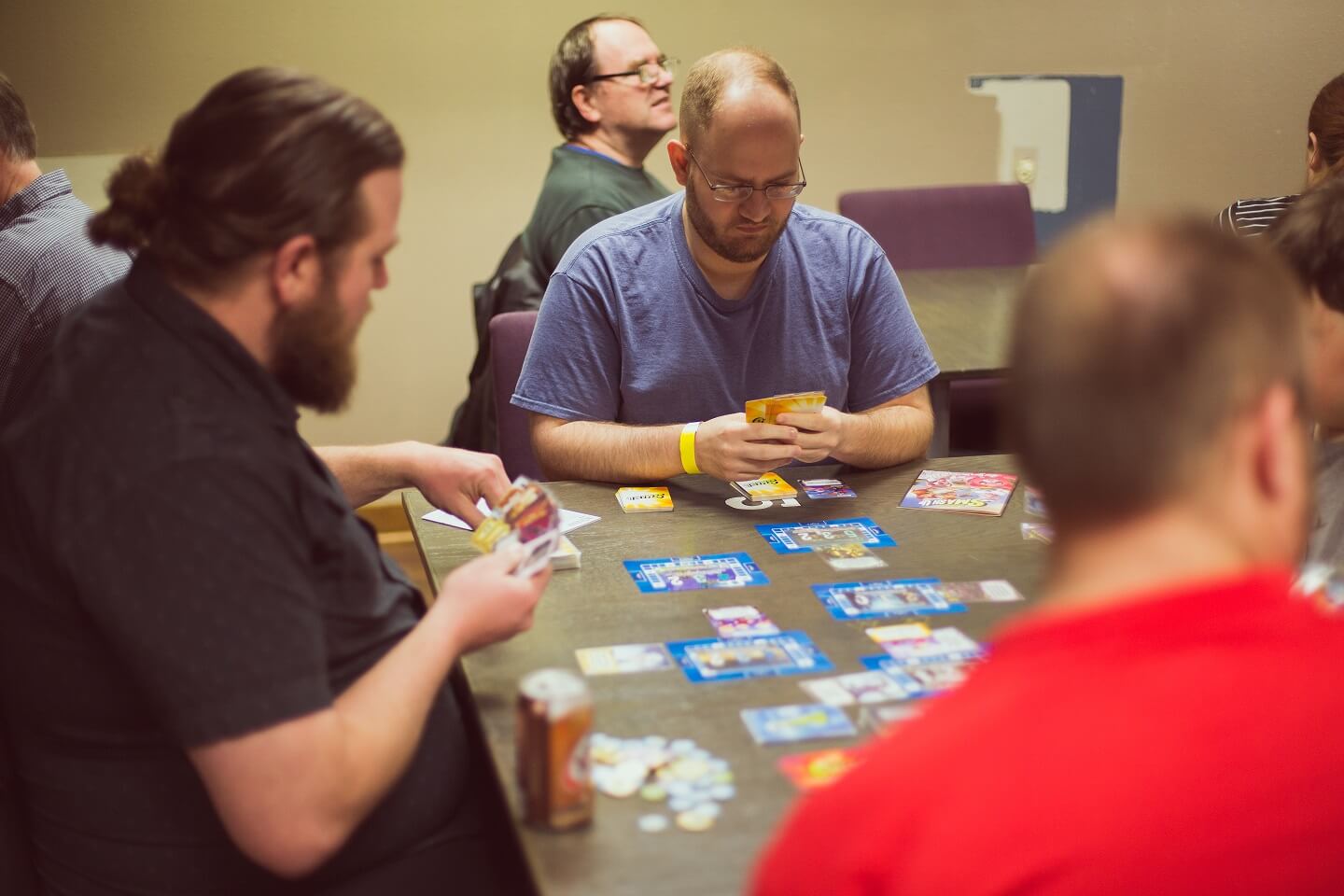 They created just that. Several nights per week, the store would be buzzing with 50 to 75 people competing in board game tournaments or renting out games to play with family or friends.

Once COVID-19 hit, Wermers closed her doors for almost five months. And though she’s open for retail now with limited hours and masks required, the store is relatively quiet. Until CDC guidelines allow for larger gatherings, the laughter and buzz will stay at home, along with the thousands of dollars in monthly revenue driven by that evening traffic. 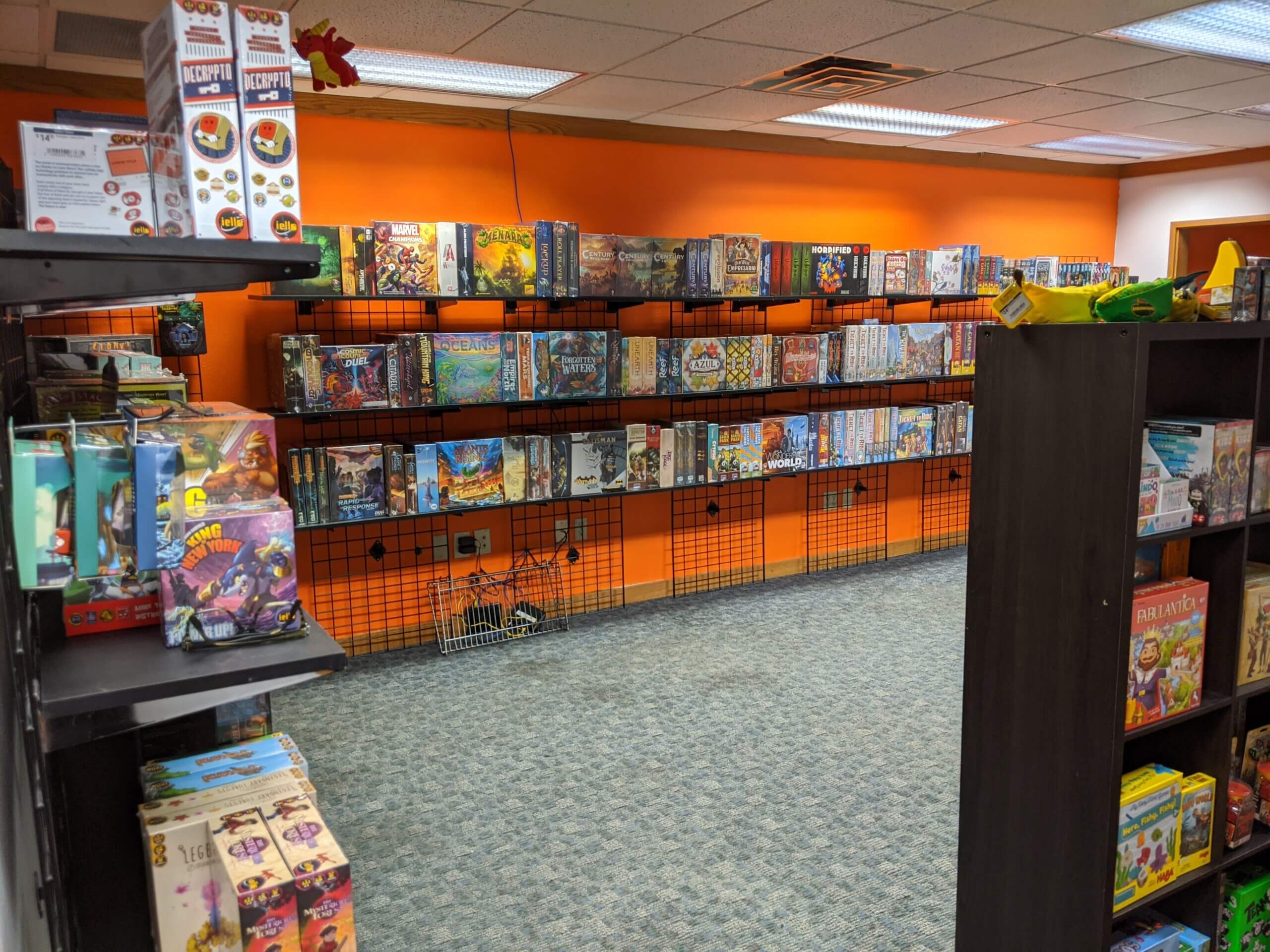 Before COVID-19, Wermers said Game Chest had already been through its fair share of pivots.

“We moved four times in our first three years, we’ve undergone a lot of construction issues, and so we’re no stranger to pivoting in our business, unfortunately,” she said.

As such, she said the idea of shifting focus when it came to the pandemic wasn’t all that intimidating. As time went on however, it became clear that things weren’t going to change anytime soon.

That’s when Wermers applied for Rebuild.

“Neither my husband or I have a business degree. We’ve always just run our business by our gut, which has been fine so far, but when you get into the nuts and bolts of a challenging time, it’s been helpful to have that guidance, education and connection.”

Rebuild provided those tools and that community for Wermers and her husband. She said it helped her put to words a practice they’d been doing all along: asking the customer first.

“Always ask your customer what they need first. You’re wasting your energy doing anything else,” she said.

Throughout the pandemic, Wermers tried out an array of options for her customers, from Zoom game nights, which she said were not a huge success, to nightly Facebook live videos and offering curbside pickup. She also partnered with a formerly local artist, Dylan Jacobson, to create a daily coloring page that she sent to customers. 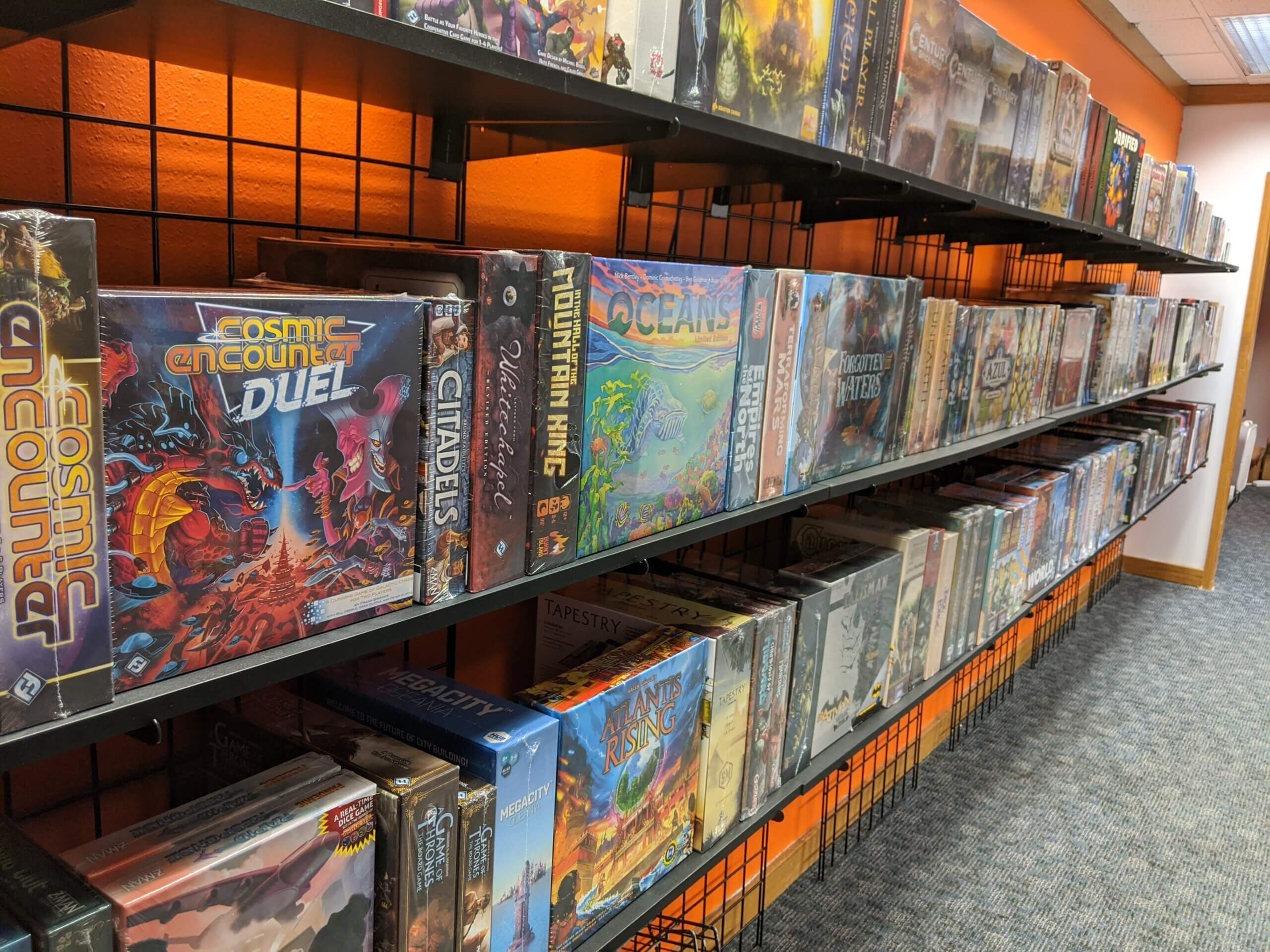 Around Christmas, she reached out to her community and asked if people would want to take a caravan trip around town to look at light displays. She partnered with The Source Roastery + Taproom to get a 10 percent discount for participants to grab coffee or cocoa beforehand, and almost a dozen cars met up in the Washington High School parking lot, hopped on a conference phone call and toured the city’s Christmas lights.

“We had an absolute blast, and now it’s a tradition we’ll keep year after year, regardless of the pandemic.”

For Wermers, the Rebuild program offered a space to connect with other business owners, bounce ideas back and forth, and create some of the structure she didn’t have previously.

“I used to be a big planner, but now I’m kind of adverse to it because we don’t know what’s going to happen, but I’m really looking forward to getting our website up, getting our play space back open over the course of time, getting laughter in there again and hopefully seeing some recovery from this.”

Nonprofit takes the opportunity to shift its focus

For local nonprofit REACH Literacy, the pandemic was less of a financial strain and more of a forced pivot.

REACH has been in operation since 1986 with a primary mission of teaching people to read. The organization has two focus areas: literacy programming and a secondhand bookstore, REACH a Reader. The programming includes everything from onsite workplace tutoring for adult learners to reading mentors for elementary and middle school students.

Literacy programming almost completely halted because of COVID-19 protocols at workplaces and schools, shifting the nonprofit’s focus solely to the bookstore. 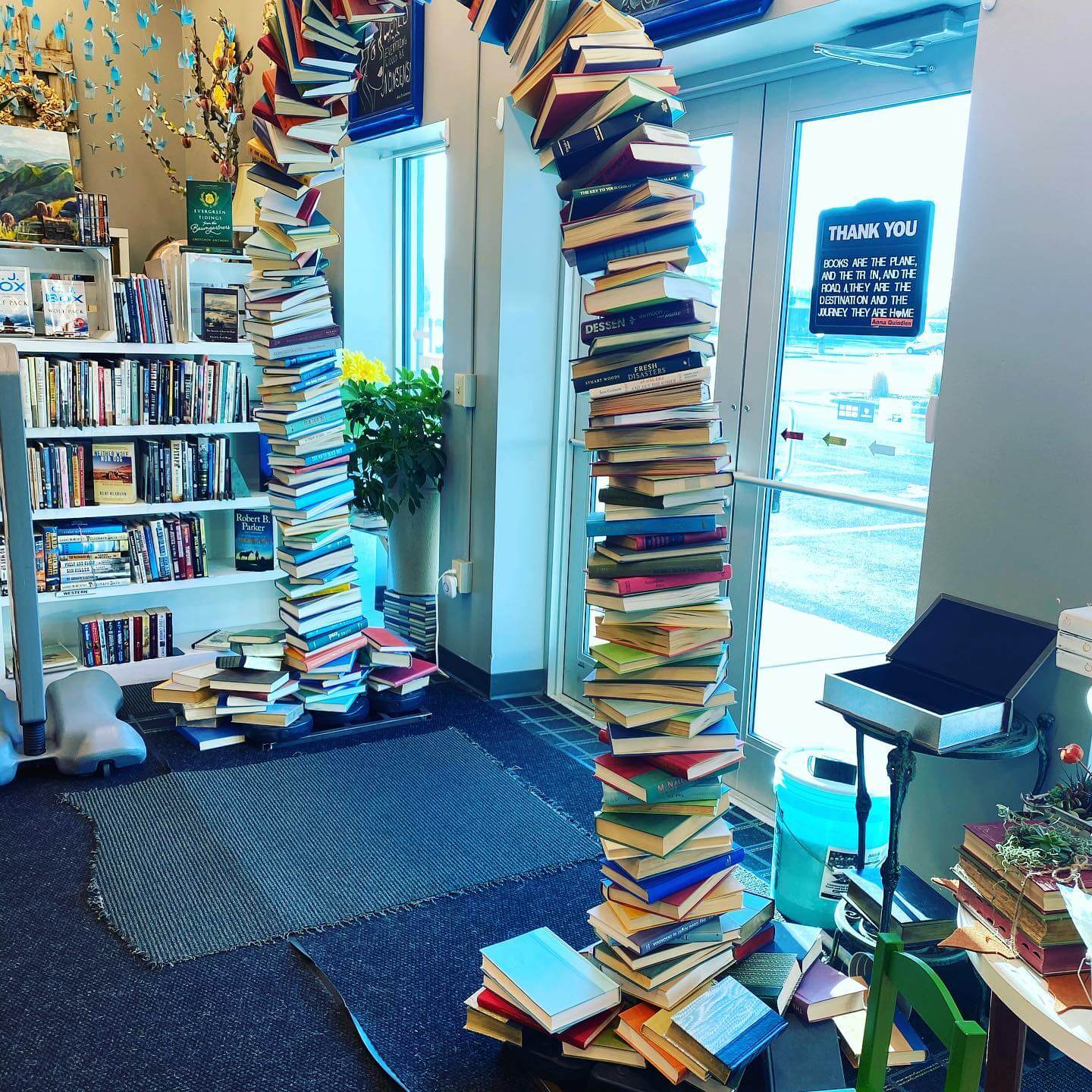 “In the past, it had mostly been a fun, interesting project, but when we really started looking at it, it was turning into something that could be much more profitable. I hadn’t really put a lot of thought into how we should market or who our customer is or how we can maximize this really great business that we do have.” 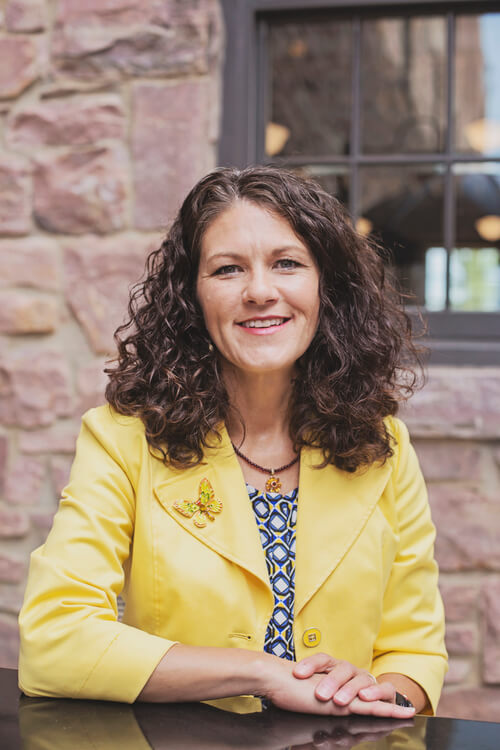 During the pandemic, Carda and her team started an online version of REACH a Reader as an outlet for people to access books from home. With libraries closed and shipping delays with other retailers, being able to shop locally online was a success.

“People wanted to support local, and we tried a lot of different things,” Carda said. “Before, anytime you would come into the bookstore, you could get five free kids books. During the pandemic, we would curate those books for a tiny fee and bring them out to your car. People liked the concept that we were helping you engage with your kids at home.”

The Rebuild program showed Carda how to assess her clientele and adjust her offerings and her marketing accordingly. Previously, she would put together events or work on ideas because she thought they sounded fun, without taking into account that her customers might have a different need or desire altogether.

The program also provided encouragement and peace of mind that she wasn’t alone in her struggles or challenges.

“You kind of take for granted that everyone else is in the same boat,” she said. “You put a lot of emphasis on matching some expectation that you have to have it all together to run a business, and the truth is, a lot of people don’t have it all together, and they’re doing OK, they’re making it work. You just have to put your goals out there and keep working forward because you can’t do it all at one time.”

Through Rebuild, Carda built a foundation for the bookstore that will help her as REACH moves forward, even beyond the pandemic. She has brainstormed new ideas and asked her cohort for feedback.

“I’ve had ideas mulling around in my head, but running them past other people and being able to talk about it has given me validation, and it’s solidified my idea that the bookstore needs a more prominent thought process and plan of action,” Carda said.

“We’ve been lucky, but we need to focus on it more and run it more like a real business.”

Join the next CO.STARTERS cohort

Though it’s not clear yet if the Rebuild program will offer a second round, applications will be opening up soon for Zeal’s second CO.STARTERS Core cohort.

The program offers many of the same principles, as well as the opportunity to develop strong, local connections.

Visit Zeal’s website to stay up to date on future cohorts and program offerings, from CO.STARTERS to mentorship opportunities and more.