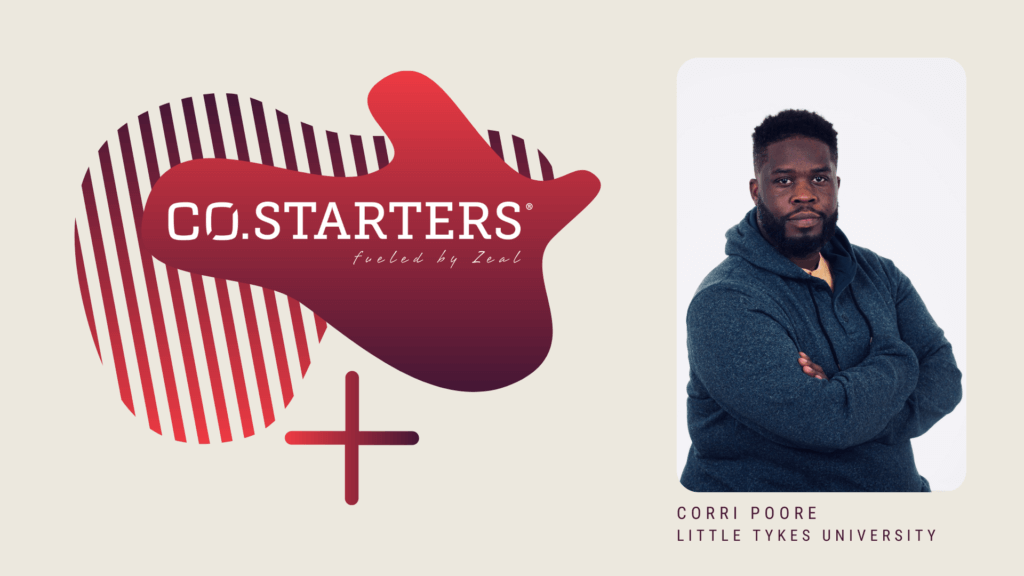 Corri Poore got his first taste of early childhood education as a child himself, helping his mother out in her classroom.

“Summers looked like helping her break down the classroom, and then we’d come in and set it up again in the fall, putting up bulletin boards and laminating things, all of that,” Poore said.

“I’d always see her prepping for her classes, and I clearly remember some of the things she’d teach to the kids, like phonetics and reading—all of that really stuck with me, and I liked what she was doing.”

After the birth of his first son, Orion, Poore was splitting his time between a job outside the home and child care. He wanted to keep Orion at home, and after some friends asked if he could also take care of their child, Poore found himself running an in-home daycare.

“It was that first opportunity, the first family that ever came to me was the Arambula family—Ashley, Chris, and their son Bently—and looking back, I can’t say enough about them being the first people to give me a chance with raising their child,” he said.

“It’s a tough decision taking your kid to anyone, so their trust and faith in me and the connection we still have to this day is fantastic.”

At the time, he says potential clients would ask how many kids he had in his program, and he could answer three—his own twins and Bently.

Nearly 14 years later, Poore operates Little Tykes University, an all-ages preschool, out of a storefront location on Sycamore Avenue. In May, he’ll be opening a brand new location at 69th and Southeastern.

An opportunity to build the school of his dreams 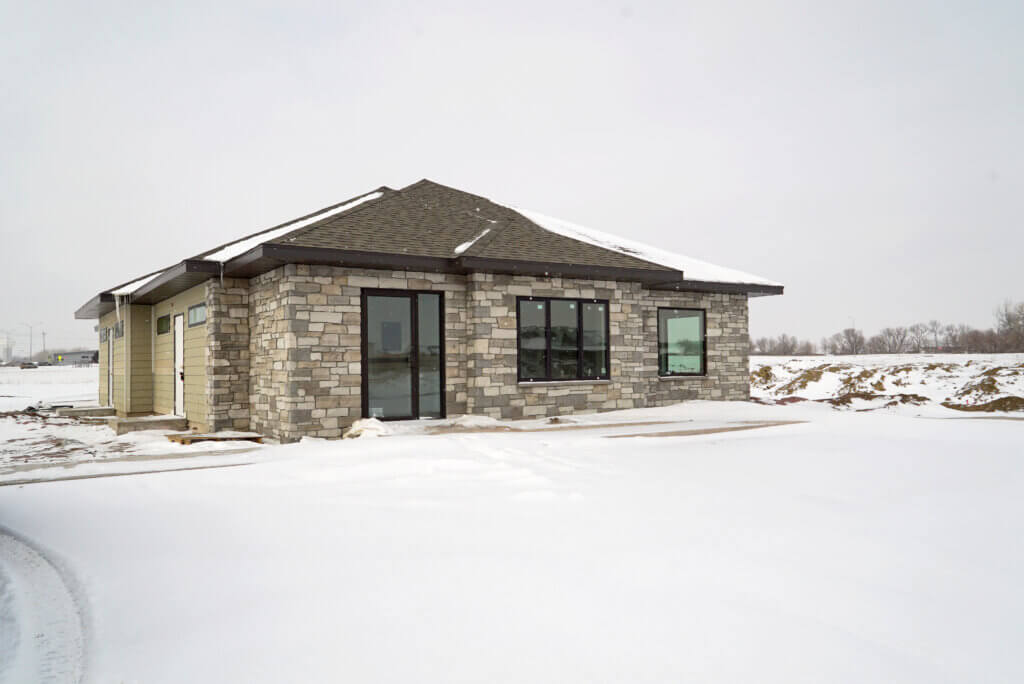 The journey to opening a second location is one Poore says has been in the works for a long time.

“I don’t want to sound cheesy, but it’s like I’ve been waiting for this forever,” he said.

“When I first made the switch into the commercial location at 10th and Sycamore, I, of course, felt blessed for the opportunity, but I have to admit that in the back of my mind, I had this vision for what my place was going to look like. All of that is only possible if you’re watching the place go from the ground up; otherwise, you’re just fitting yourself into the place, and making it work as you go. I’ve been thinking about it for 14 years now.”

Right before COVID-19 hit Sioux Falls, Poore and his wife had been in talks with a builder about buying a plot of land and constructing a brand new school. Not knowing what the pandemic would bring, Poore told his realtor and the builder that they would have to shelve the project and come back to it in a year.

“It was a disappointment to have to wait, but about two days later, the realtor called and let us know that an investor had already bought in the area and was interested in letting us operate a preschool from that property,” he said. 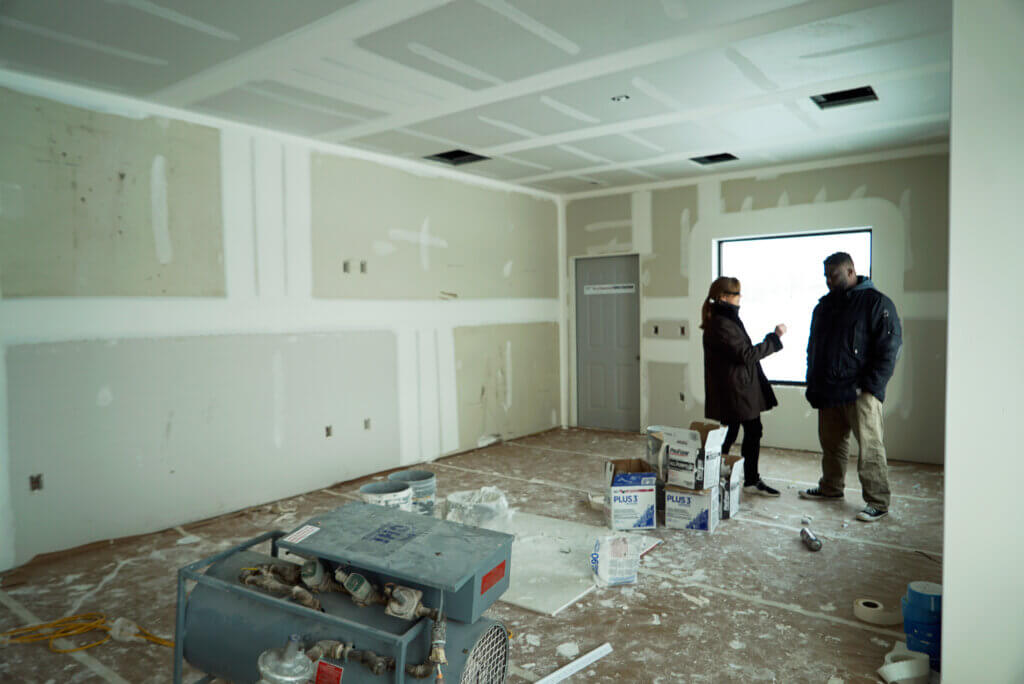 For Poore, the situation felt like it was meant to be. The investor was willing to bear the cost of the build, while allowing Poore to be in control of the planning and design.

“It’s turned out to be a really cool experience. I get to drive by every day and watch every single step. I remember when they broke ground, I was out there taking pictures of the piles of dirt,” he said.

“I can’t say enough about the freedom and the liberty to be able to come in and do just what I want to do at my place—to build it just how I want, the garden, the playground, just how Corri wants.” 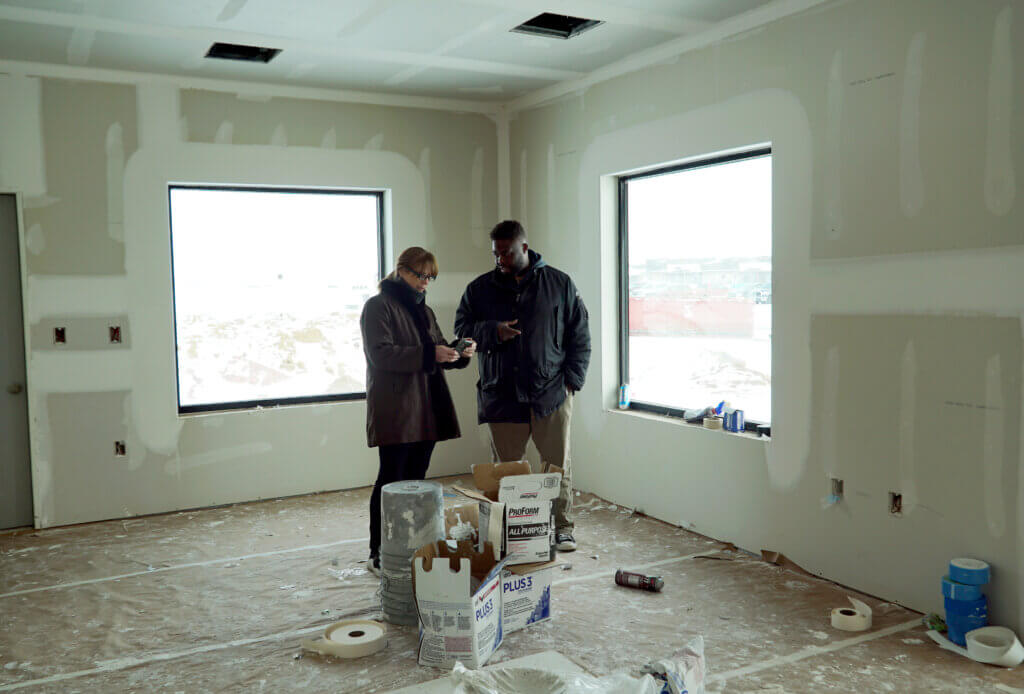 Little Tykes University welcomes children of all ages, from birth to school age.

Poore says when it comes to education, he likes to push kids to their limits.

“We’ve always had a focus on learning, but over 14 years you hone that skill and learn what really works with kids,” he said. “I notice how early kids pick up on things, and I try to push that. I just want to fill them up with as much knowledge as possible to see what their limits are, and I’m always amazed by their retention.”

Poore says Little Tykes will always focus on a connection to nature. The school has a garden, and kids spend as much time as possible outside. They also focus on literacy, mathematics, and science, and he says he’s a champion storybook reader.

“I want them to love learning and have a grasp on how it pertains to their lives. We’re making sure they’re friends, they’re respectful, and we’re just making them be the best kids they can possibly be,” he said.

Ultimately, it all comes down to relationships, with both his staff and the kids.

“When I walk in in the morning and see all these kids run up and give me these big hugs, they’re so excited to see me even if they just saw me yesterday. I’ve just seen the growth in the kids, the love that the kids have, the growth in my staff, and the beautiful relationships we have with the parents—those are the things that keep me going.”

Poore had no plans to join an accelerator program until a family came in for an interview one day.

“I met Brienne [Maner], her husband, Brian, and their daughter, Pearl, and we had one of the best interviews I’ve ever had with a potential family. It was just so cool, we talked about everything from childcare to what my aspirations were,” he said.

At the time, Poore didn’t know anything about the Zeal Center for Entrepreneurship, but after their conversation, Maner—who is Zeal’s executive director—sent an email encouraging him to apply for CO.STARTERS.

“I didn’t know what to expect, but it ended up being fantastic, if for nothing else than the connections that we’ve made with our cohort,” he said. “I always picture this place 20 years down the road, where we’re all at a gala or something, and we can remember how we started in this classroom together.”

In addition to the connections made, Poore says CO.STARTERS has eliminated many of the doubts he held about his business.

“You can’t help but second guess yourself every step of the way. As entrepreneurs, we jump, and a lot of people think that we don’t think before we jump, but we do. We’re just hoping to God that the parachute opens up before we hit the ground.”

Even beyond his new location, Poore has big dreams for Little Tykes University.

He hopes to partner with developers of apartment complexes to push expansion of his centers that way. As Sioux Falls continues to experience explosive growth, Poore believes that daycare and preschool owners need to find ways to address the issue of an expanding population.

“If we’re waiting for the daycare owners that are out there to put up more buildings, it’ll take forever, and will we be able to get there before it becomes a crisis? We don’t want to be a town where parents have to drive to some other town to drop their kids off for daycare.”

Drawing on his days as an in-home provider, Poore also wants to focus on empowerment of providers in that industry.

“When I was in-home, I remember feeling like the only way to validate myself was to have a center, not realizing how important that work I was doing was. I didn’t have a shiny building, but I was still touching the lives of those kids,” he said.

“I want to figure out ways for those providers to come together and realize what a powerful tool they have to touch these young minds and not feel like there has to be a stigma attached to them.”

Ultimately, Poore believes everyone should have access to premium childcare, and he hopes to make as many partnerships in underserved areas as possible.