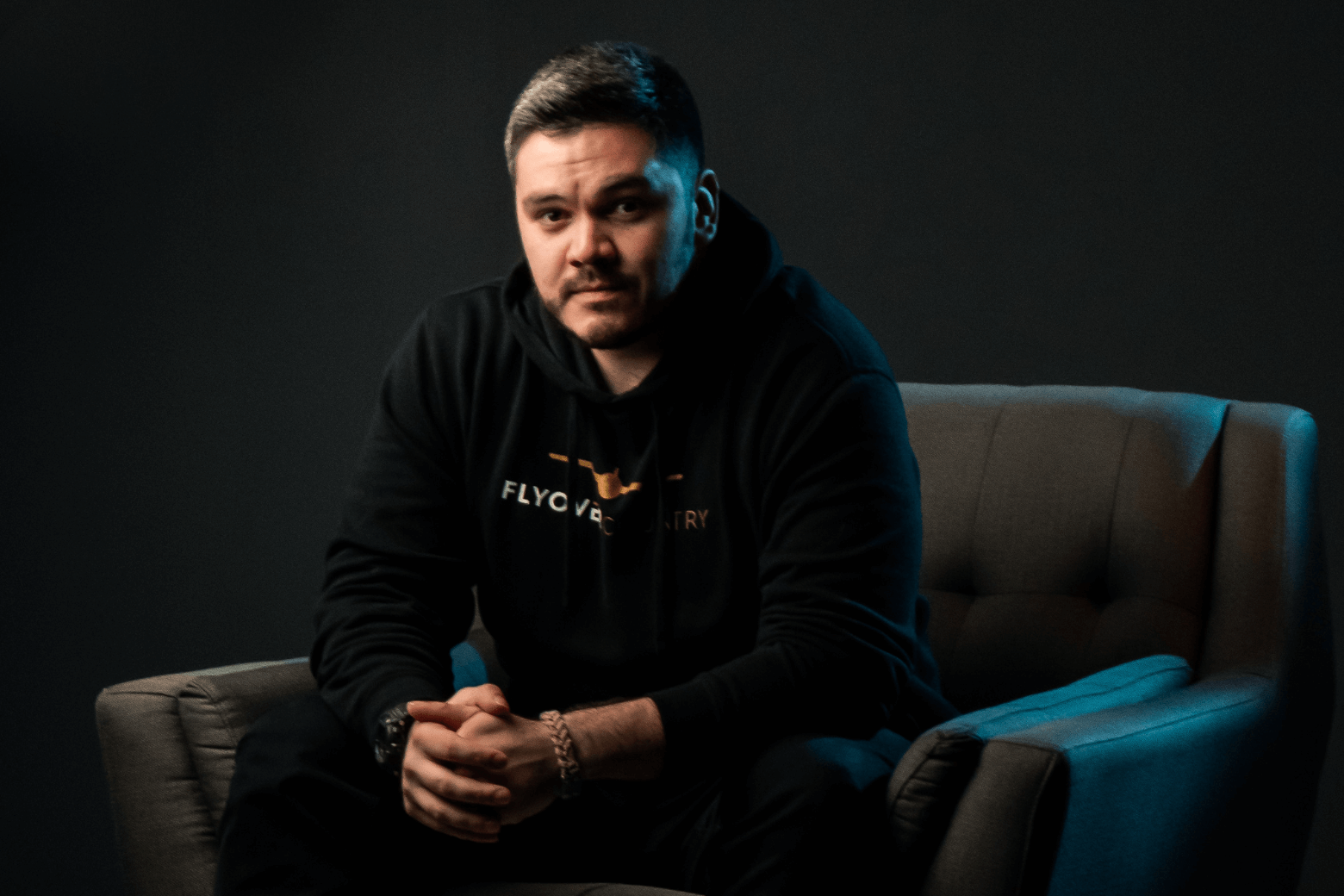 Startup Sioux Falls kicks off another CO.STARTERS cohort this week on Wednesday, July 27, and it’s going to be a fantastic group of founders.

While the entrepreneurs in the cohort are a major part of the program’s magic (look out for a post introducing each of them in the coming weeks!), the facilitator really sets the tone for the group’s success.

Startup Sioux Falls has been fortunate to work with some incredible facilitators for past cohorts, and we’re excited to introduce you to our next one—Daniel Card.

Card is the director of operations and development at Think 3D Solutions, where he has the opportunity to work closely with companies who are utilizing the organization’s educational offerings. He has led numerous cohorts of Think3D’s Leaders of Tomorrow program, is involved in several small businesses on the side and has a portfolio rich with prior business experience, entrepreneurial ventures and, in his own words, “plenty of mistakes.”

He firmly believes that making mistakes is an essential part of the entrepreneurial experience, and that’s just a taste of the valuable perspective he has to offer our CO.STARTERS crew.

To hear more from Card, check out our Q&A below.

The following conversation has been edited for length and clarity.

Tell us about your career path.

I started out, even as a young kid, working in and around restaurants. It was always a hobby and passion. I worked full-time in the back of house, I ran a couple kitchens, and eventually when I moved to Sioux Falls, I started working in bars and helped open multiple properties.

Throughout that process, I met some people who worked at Sanford, and they were just starting to grow the Profile by Sanford business. It was growing fast, and I joined in a sales position and from there, worked into a business development role. One day, we decided we were going to sell 150 franchise licenses, and my job was to open new markets and do market analyses. As far as the stores that are open today, I’ve touched 75 to 80 percent of them.

The whole process was really educational—you basically get an MBA trying to open a hundred businesses with different people. It’s a lot of trial and error and a lot of mistakes, but we did it.

What brought you from Sanford to Think 3D?

Around 2017, we kept running into the same issue, which was that no matter the amount of training and skills you had, or quick tips and hacks you could try to grow your market, 99 percent of the success was the people. We weren’t articulating the type of people or culture we needed or doing the things we had to do in order to train them personally or professionally.

I sat in on somewhere between 200 to 300 hiring interviews, and that was always the through line. It always came back to culture, communication and people, but back then, I didn’t know how to articulate that.

When I met Vaney Hariri in 2016, we really resonated with each other—we were immediately talking about the same things. I was ready to quit my job right then to work with him, but he had just started and was building his business at Zeal. I ended up staying at Sanford until 2019, working on business development training for the franchisees, directors, sales reps and managers. When I quit, we said, ‘We’re just going to take this Think 3D thing and figure it out.’ We worked on it for probably six months or so before we really started seeing traction and growth, and then COVID hit, and we had to start looking at options.

I picked up a camera, and we started doing some livestreams and interviews for our clients. That turned into a business on its own—Thinker Networks. That’s when we really doubled down, and now we have eight people on our team and will add one or two more by the end of the year. 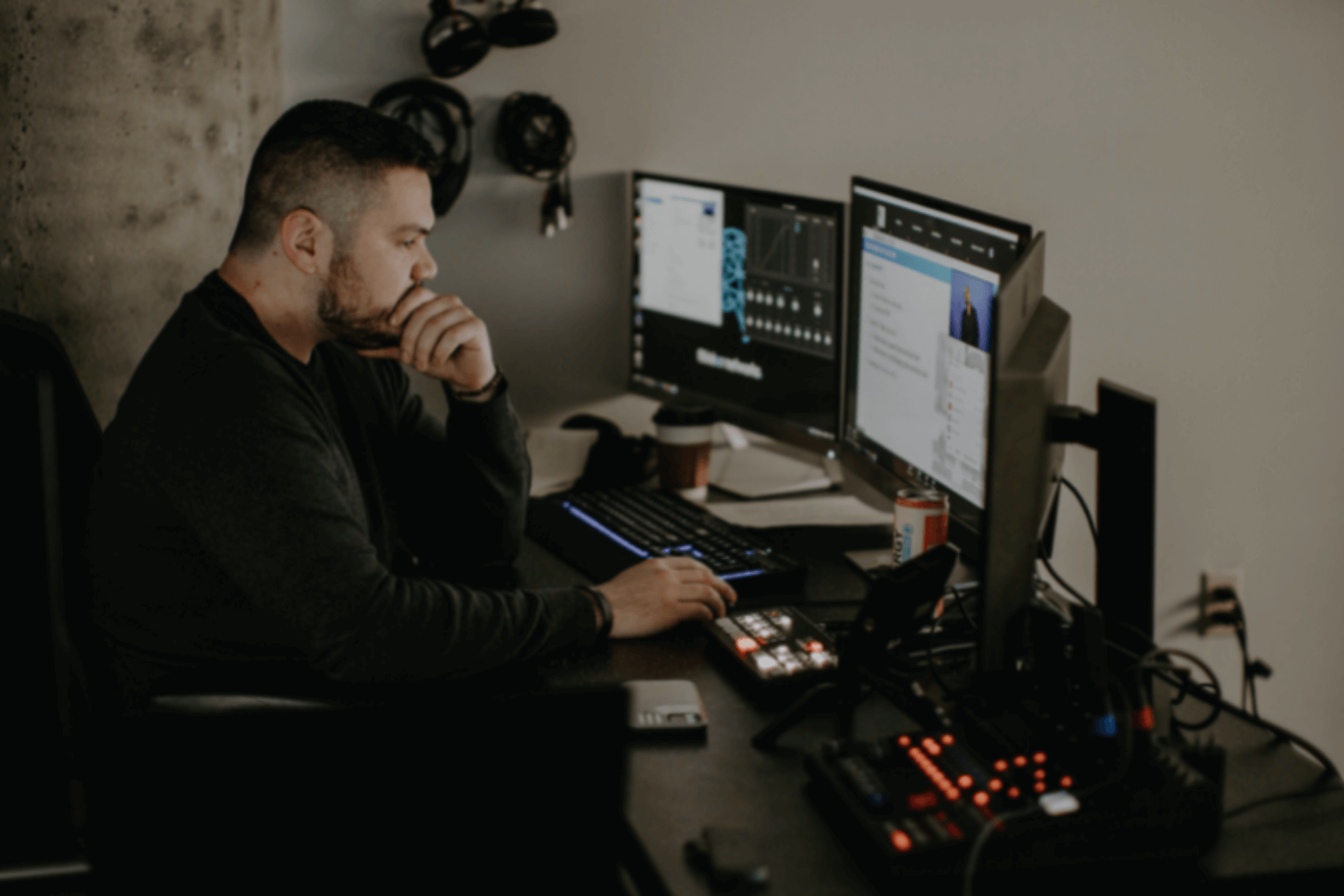 What drew you to get involved with CO.STARTERS?

I had been aware of CO.STARTERS for a while—it’s one of those ecosystem things you just keep bumping into. The team initially approached us with a different idea for providing some training to the cohorts, but it was really at the facilitator training that I thought, ‘Hey, this is really cool.’ I fell in love with it immediately during that two-day training.

I loved the curriculum focus, and I kept flashing back to when I was 21 and tried to start a business. There were so many things I didn’t know and so many questions I didn’t ask, and I wish I could have gone through something like this before I had started that journey.

What do you appreciate most about the CO.STARTERS model?

It’s the content and the honesty of it. I love the focus of the program and its mission. We don’t always need someone to create the next seven-figure startup. If you can replace your income, pay your bills and contribute to the community in a meaningful way, that’s huge.

The diversity aspect of it is also big for me—being in a position where we can help businesses get started, create opportunities for people who are non-native speakers and create opportunities for refugee families. One of the women who is coming through our cohort is starting a braiding salon. It’s a needed service in the community. It’s not an app, it’s not some flashy product, these are real businesses helping real people.

What do you bring to the table as a facilitator?

I have a lot of experience across two or three different industries that are typically very difficult to work in. I’ve worked in environments where we’ve scaled rapidly, I’ve worked in environments where we’ve made a lot of errors, and I’m also someone who takes training very seriously. I facilitate content and curriculum for a living, and I keep it real and raw with people.

It’s the unknowns. You truly don’t know what you don’t know. Your only options are to spend time talking with someone who’s been there and done that, or make the mistakes yourself which is also an opportunity. I don’t believe in insulating people from mistakes. I’ve made 30,000 mistakes, but you could make 30,001 and figure something out that I haven’t. I hope to give people the perspective that it’s good to fail fast and work through those mistakes.

The other thing that goes hand in hand with that is taking the jump. It can be scary to go from idea to action. You think you need to have all these things ready, and you blow the process up in your mind. Get a few things up and running, and take the jump.

What would you consider a success coming out of this program? What do you hope participants achieve?

When you think of the entrepreneurial community in Sioux Falls, what comes to mind?

I think it’s vibrant. People here are passionate, and they have a ton of energy and life behind their eyes when it comes to their projects and what they’re doing. There are lots of believers—people who have a dream and are figuring out how to make it happen

I think we have a great example here of the cyclic nature that makes things like this so important. I’m able to facilitate a program for businesses while running a business that started in the Zeal Center (now Startup Sioux Falls). It's important to recognize that this is a great example of what our ecosystem can do.

Take the next step!

Does CO.STARTERS sound like the right next step for your business idea? Submit a rolling interest form now. We will be in touch when an upcoming cohort is being planned.