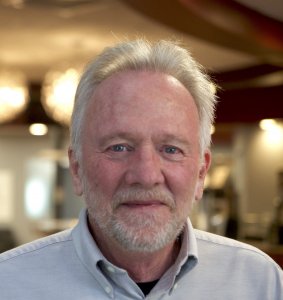 Housed out of the Small Business Development Center office right here in our facility, the SBIR program (Small Business Innovation Research) is a federal funding source for early-stage research. Created in 1984 as part of the U.S. Small Business Administration, the SBIR exists to create jobs and commercialize new technology.

Archamboult took a job with the SBIR back in 2001 when its office was still at Dakota State University. In 2006, the program moved to Sioux Falls to take advantage of more research activity.

At that time, it was blended with the state’s SBDC program, and part of Archamboult’s focus became identifying small business clients that were producing work at the level required by the SBIR. The other portion of his clients came out of universities, whether they were doctoral students, professors or otherwise affiliated.

Securing SBIR funding isn’t a simple venture, though it’s one Archamboult says is incredibly underutilized. He says SBIR clients tend to become long-term relationships because the application and proposal process is so technical. Though retired, he’s still wrapping up with a few clients with whom he’s been working for the past 9 months. And that’s just the proposal process—Archamboult says the initial meetings with these clients occurred 2 to 3 years ago.

“You really need to be doing original research and answering important questions, or the SBIR isn’t going to be the correct funding method for you,” he said.

“It’s highly technical and you’ve got to have the potential of failure in order to qualify for these federal agencies’ funds. It’s usually a huge development cycle that’s happening in order to commercialize something.”

With two decades of experience in the program, Archamboult’s perspective on the funding mechanism and its future in South Dakota is unmatched. We asked him a few questions about his experience, how the field has changed and what he wishes people knew about the SBIR.

The following conversation has been edited for length and clarity.

How did you end up with the SBIR?

In the late nineties, I went back to college to get advanced degrees—a master’s in communications and a doctorate in adult and higher education. When I was at USD, there was a job advertised for an SBIR principal investigator, and I thought, “Wow, I have a newly minted doctoral degree, I’ll apply for that.”

Well, I kept applying and going in, and finally the guy said, “Look, you’re not right for this position, but I’m going to take you up and introduce you to the SBIR program office at DSU.”

I started working there in 2001 as the SBIR program director, but Madison didn’t have much research going on at the time. I spent most of my time in Brookings, Rapid City and Sioux Falls, and eventually in 2006, we blended the program with the state’s SBDC program, and I started working out of Sioux Falls, which is where I stayed for the next 15 years.

How has the program changed during your tenure? 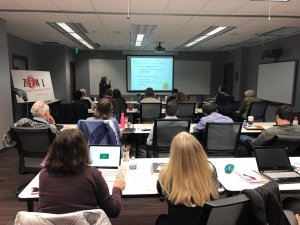 An SBIR training event at the Zeal Center for Entrepreneurship.

The SBIR is a component of a much larger focus on research and technology-based economic development. This started back with Governor Rounds, who put 19 new PhD programs in place back in 2004, along with the Giant Vision business plan competition, and we really started focusing on the potential of South Dakota to work on these kinds of problems.

We had some very early successes which kind of built momentum, and then we added Student Giant Vision, the Big Idea program for high school students and the “What’s So Cool About Manufacturing?” contest for junior high students. It’s a whole new ecosystem out there that we’re tying into for younger people, and those successes have really built our momentum.

We are still a first-generation state compared to California or Massachusetts, but I recently attended a National Science Foundation event for what are called the EPSCOR states, or the states that don’t get their fair share of research money. We all talked about what was going on in our states, and we were supposed to choose which other state we would like to get together with and talk to, and everyone wanted to talk to two states, one of which was South Dakota. The success really started with the governor investing in new PhDs at the board of regents level, which led to the School of Mines’ entrepreneurship program. Rapid City businesses raised $40k in scholarships for students, not just to attend the School of Mines, but to attend the CEO program (Creating Entrepreneurial Opportunities). SDSU also has a new robotics program, and 70 students have signed up to be part of that robotics lab. That’s a groundswell. We’re really seeing a change in mindset.

What’s a challenge that you’ve tackled over the years?

The greatest challenge with the SBIR program is that it’s the best kept secret in America. There will be $4 billion given out through 7,000 awards this year. That’s a lot of money. 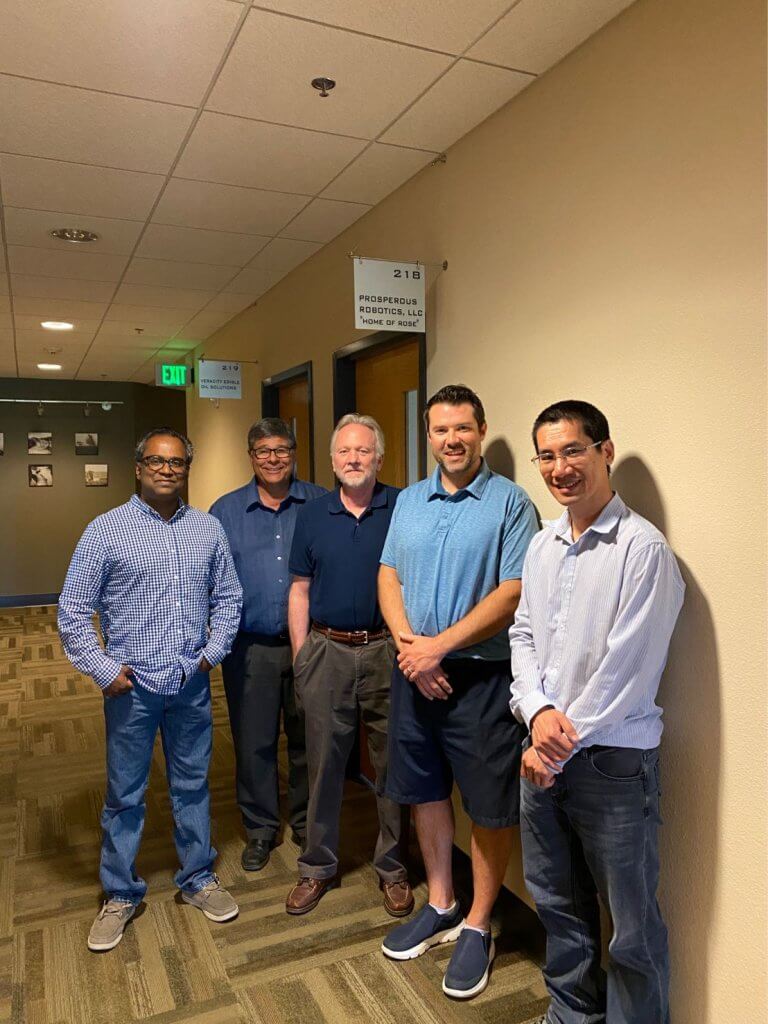 Archamboult with one of his SBIR clients, Prosperous Robotics, working with the SDSU team at Research Park SDSU, Robotics Lab.

The list of companies that have come out of this are just a “Who’s who of American high tech companies” at this point, starting with QualComm which invented the CDMA that allows us to have cell phones.

It’s all about getting the word out that SBIR is a potential tool, as long as you’re addressing one of the missions of the funding agency. I still think this program is totally underutilized by the manufacturing sector in South Dakota. We may not have an established aerospace industry and we’re not a big defense contract state, but I think we could really get more manufacturers involved in the SBIR program.

What’s something you’ve been most proud of during your time with the SBIR?

Besides working with all of these brilliant innovators, I really think it’s seeing students come into this. That has been the game changer. It’s not old retiring professors looking for something to do as a hobby, it’s the young people. They’re excellent at collaboration, and I just think that’s the most exciting thing, to see how it’s starting to penetrate the much younger generation.

You get those successes, and all of a sudden other students will look at Henry Wegehaupt and say, “Hey, I could do that too,” and then you have an innovation influx. It’s a mindset shift. Are you followers, or are you leaders? The most rewarding thing for me is to see the programs that have developed that are supporting those young people.

We hope you'll join us in congratulating Gary on his successful 20-year career with the SBIR.